Amid speculation that Steve Komphela had been given an ultimatum to win the MTN8 for Kaizer Chiefs or face being axed, he gave an answer that left more questions when asked if he felt he still deserved to coach this team. 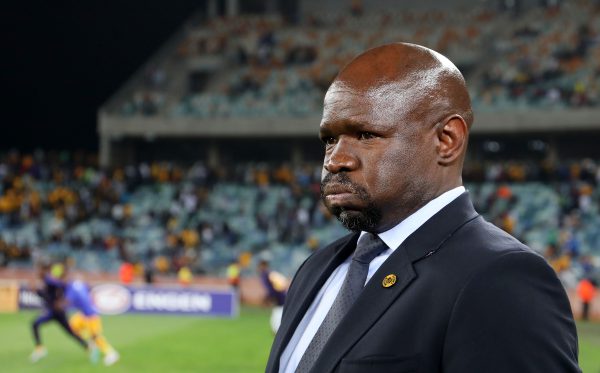 The question came after Komphela failed to guide Amakhosi to the second round of the MTN8 as his team could not find an answer to Jeremy Brockie’s early goal at the Moses Mabhida Stadium in Durban on Saturday.

“To be honest it’s not about individuals – we have a huge army of gold and black behind us. If you are there and somebody else can give this huge army something you are not giving, whoever is there takes it in good faith and says ‘for the process of moving on this is it’. But we are trying our best to get it right. We just have to score,” was his answer.

READ: It was not easy letting Lebese go – Komphela

It was however not for a lack of effort that Komphela’s team fell short on Saturday but rather a lack of luck.

“It’s not a nice feeling. You want your fans to enjoy the football and the result. Even when we made the changes they were all still doing well. We only made the substitutions to get some fresh legs on. This is something I cannot explain. With all the chances we had we should have won it,” he added.

SuperSport’s Eric Tinkler admitted that Amakhosi should have won, but said he was happy to take the victory.

“It was massive for us to get this result. Our start to the season sees us play Chiefs, then Mamelodi Sundowns and Chiefs again in the league. It was important to start off on a positive note. Chiefs deserved to win this one when you look at the chances they created. But we move on and there is a lot of positives we take and we will use going forward,” said Tinkler.