Cape Town City midfielder Lyle Lakay has revealed that the club’s new coach Benni McCarthy told them he was a bit overwhelmed to be on the other side. 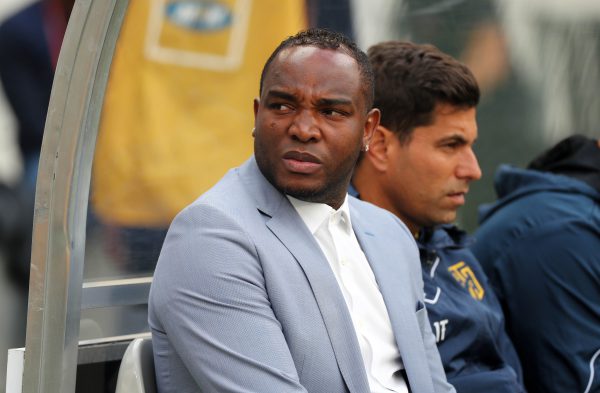 McCarthy who is a former player with numerous club and country achievements replaced Eric Tinkler at City in June.

“When he first came here he told us it was not easy for him to be on the other side. He said he was feeling a bit nervous and anxious but he has since settled. He was coached by the best during his playing days and must have learnt from them.

“He will become successful especially with the support and help of the players,” said Lakay. The 25-year-old is also new at the team and made his debut at the weekend. He said he enjoys the competition he found at City.

“The competition is always healthy – when there is competition you can never be complacent. It is not only Aubrey that I am competing with there is also (Ayanda) Patosi who has just come back from Europe.”

Lakay said he had played with Patosi when they were younger and has noticed that the former KSC Lokeren in Belgium has become technically better.

“I played against Patosi when we were younger. You can see now that he is technically better which I think is something they focus on overseas. Their technique is very good.”

Read Lakay’s full interview on our print edition of Phakaaathi inside The Citizen newspaper on Tuesday.