Scoring three goals in the first six matches has got Kaizer Chiefs striker Gustavo Paez so confident he wants to add seven more in the next nine matches. 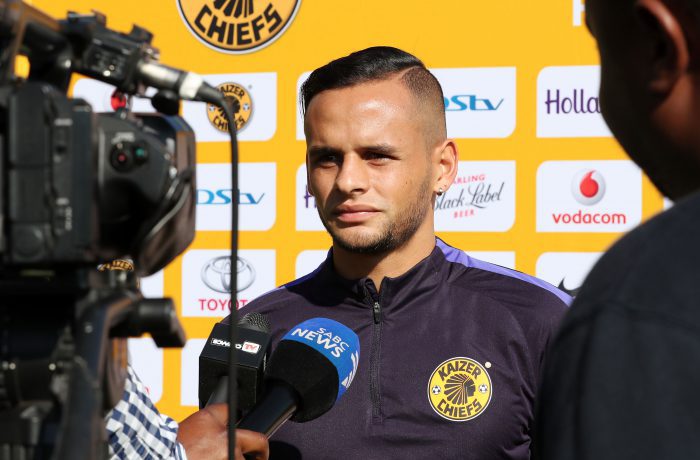 Paez said he wants to take his tally to 10 before the summer break. “I want to score at least ten between now and December.

“It is possible but it all depends on the team creating the chances and me taking them. I don’t know, I think I can score six or seven goals before December,” said Paez.

The 27-year-old Venezuelan striker said although the team are not creating as many chances as they should be, they need to ensure to bury the few that come through.

“I think we are not creating as many chances as we should and that is why I said we need to take every chance we create,” he said.

“We know Baroka is a very fast team, similar to (Golden) Arrows. They are very quick on the counter. We have to make defence our principal duty and take our chances,” he said.

He was asked if he thought Bakgaga can go all the way and win the league based on their good start to the campaign.

“Why not,” he said. “They are top of the log. But with this game we have to demonstrate to them that they have no chance (of winning the league).”