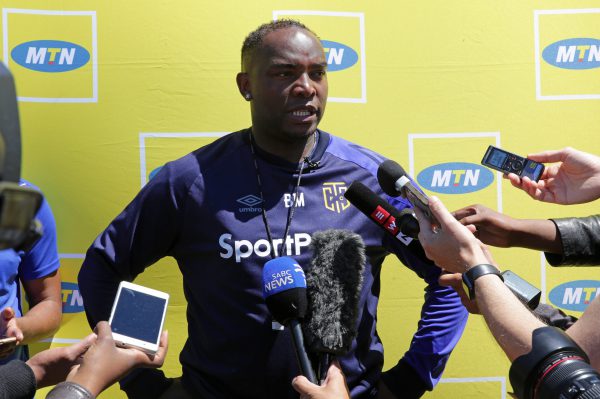 The Cape side seemed set to go on to win the trophy after Sibusiso Masina’s goal in the first half, only for Thabo Mnyamane to get an equaliser in the final 11 minutes of the match.

Prior to the last 15 minutes of the game, McCarthy replaced offensive player Teko Modise bringing on defensive midfielder Roland Putche.

The Cape City coach reckons he should have brought in Ayanda Patosi to kill of the game, but was hit by excitement and wanted to be defensive.

“I took Teko off when I should have brought Patosi in. And there I accept that maybe inexperienced kicked on or the excitement when you see that its closer to the 90 minutes and you decide to close the midfield and at that back. Maybe you could can hold win it and be remarkable in your first season as a manager. Maybe I got carried away a little bit,” said McCarthy.

“I brought Putche when I should have brought Patosi because they clearly on the back foot, you saw the damage that Teko Modise was doing. So we just need to bring in Obina2instewd to try and have a creative player in.

“I accept that maybe I did not the right substitutions at that time.”