What was arguably the division’s biggest game last weekend failed to produce goals despite some good chances created on both ends. 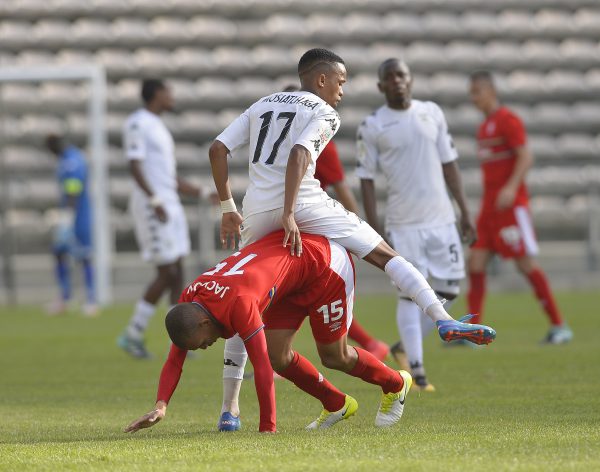 Stellenbosch FC 0 University of Pretoria 0
The draw – a third in a row for Stellies – saw them lose their first position to Highlands Park but only on goal difference.

Real Kings 1 (Phewa) Mthatha Bucks 0
Nkosingiphile Phewa was again the hero for the magic Boys as he scored the solitary goal that ensured the three points remained with the home side. The Magic Boys however remain outside the top eight while Amathol’amnyama remained in eighth place.

Uthongathi 0 TTM 0
Tshakuma Tsha Madzivhandila’s good run was brought to an end as Uthongathi held them to a draw at Princess Magogo Stadium. The Cane Cutters moved to 11th place with 11 points, while TTM are now ninth with 12 points.

Mbombela United 0 Witbank Spurs 2 (S. Nyembe)
Sabelo Nyembe became the Mpumalanga derby hero after scoring a brace as Siyavutha left Tingwenyama in ashes. A win for Tingwenyama would have seen them jump to the top but are now fourth with 15 points while Siyavutha are seventh with 13 points.

Royal Eagles 0 CT All Stars 1 (R. Gamaldien)
Ruzaigh Gamaldien was again a hero for Igugu leKapa as they upset a Royal Eagles side who have been improving recently. Gamaldien’s goal was enough for Igugu leKapa to seal the three points and move up to sixth position while remained 13th with just nine points from the same number of games.

Black Leopards 0 Highlands Park 1 (M. Mvala)
Mothobi Mvala took the Lions of the North back to the top of the standings with a pile driver in the first half. Owen Da Gama’s side are now joint top with Stellenbosch on 16 points.

Ubuntu CT 1 (S. Bailey) Richards Bay 1 (S. Muishond)
Sherwin Bailey gave the home side a lead but the Rich Boys were quick to respond with Stanley Muishond equalising just before half-time. The result does nothing for both sides as they remain in the bottom of the log.