Orlando Pirates coach Micho Sredojevic will be looking for his charges to convert their goalscoring chances and to stop conceding cheap goals when they welcome Golden Arrows in an Absa Premiership clash at the Orlando Stadium tonight. 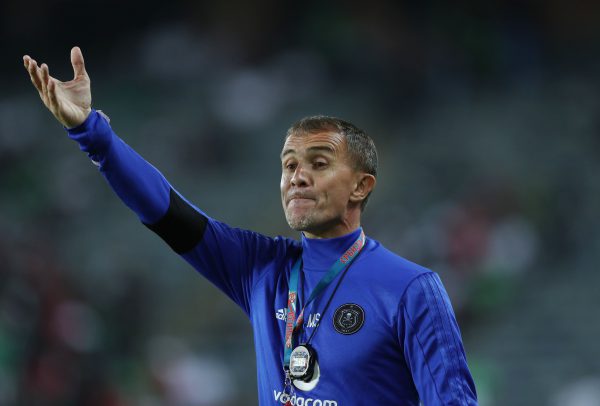 In their last 10 league games, the Buccaneers have conceded a total of eight goals, the same number of goals they have scored.

“We are playing much better than the results show, however, in this game it is not about how you are playing, only the result,” said the Bucs coach.

“We need to improve in all aspects, converting and not conceding in a cheap way. Those are the strategies we need to look at.”

Micho maintains he believes in his players and says they will soon get everything right.

“We need to work really hard in order to make them confident and relaxed in such situations (in front of goal). They are creating chances, it is something we need to work on at training sessions. But I believe in these boys.”

The Soweto giants face the probability of missing skipper Thabo Matlaba and striker Thamsanqa Gabuza due to injuries they picked up during the team’s previous game against Polokwane City in the quarterfinals of the Telkom Knockout (TKO), just before the Fifa break.

Matlaba is nursing a knee injury, while Gabuza is receiving treatment for a thigh injury. The club announced on their official website that the pair went on rehabilitation and will be further assessed.

The teams have already met this season, in the TKO last-16 where Bucs won 1-0 at Princess Magogo Stadium in October.

ALSO READ: Pirates star wants out of the club