Ubuntu Cape Town’s woes continued as they had to come from behind to salvage a point in a 1-1 draw against fellow strugglers Uthongathi FC on Sunday afternoon. 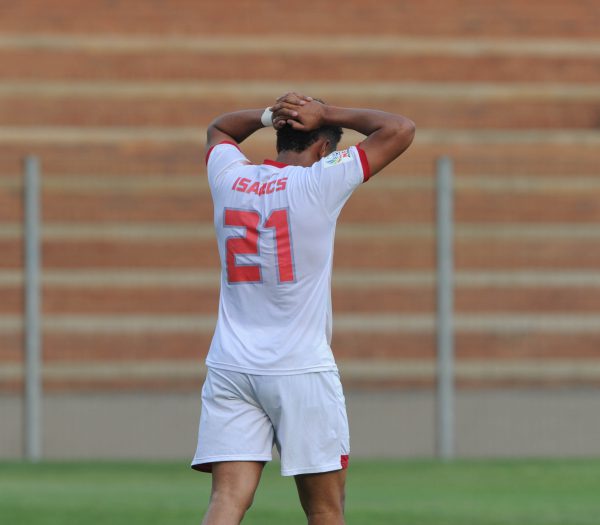 It looked as if the visitors were going to sail back to Durban with the full points when veteran striker Diyo Sibisi put them in front. But Waseen Isaacs had other ideas and ensured that at least the spoils are shared.

Ubuntu’s coach, Casey Prince was left with a bitter taste while the Cane Cutters’ Ronnie Govender was happy with a point away.

“We looked sloppy in the first half. Second half we came out with a lot more intensity and fighting spirit. But, it just doesn’t want to go in for us,” said Prince.

Govender said: “We came prepared for a tough game and we will gladly take the point in Cape Town.”

CT All Stars 1 (L. Setelele) AmaTuks 2 (T. Moseki; B. Bruchhausen)
AmaTuks got back to winning ways with an impressive and hard fought victory at Igugu leKapa who just cant seem to find any consistency. Thabo Moseki was again in the thick of things opening the scoring while Bradley Bruchhausen added the second. Lucky Setelele’s goal was not enough to help Igugu leKapa salvage anything from the match.

Super Eagles 1 (M. Mokoena) Richards Bay 0
Modimedi Mokoena’s splitary strike was enough to seal the enevelope containing the three points for Super Eagles as they took advantage of the division’s punching bag team. The points ensured Eagles have a safe six points gap between them and relegation places with one match to the summer break.

Real Kings 5 (P. Bhengu x2; N. Phewa x3) Tshakhuma 1 (T. Woelf)
Tshakhuma Tsha Madzivhandila received their biggest defeat yet as an unforgiving Magic Boys pummled them 5-1 in Durban. Former NFD top scorer, Phumelele Bhengu started the goal fest when he scored a brace in the first half before Nkosingiphile Phewa added his name on the score sheet with a hat-trick. Theo Woelf scored the consolation goal for the visitors.

Stellenbosch FC 0 Mbombela United 0
Stellies are slowly running out wind and have been struggling for results over the past few weeks and are now seven points behind the leaders, Highlands Park. The draw was a bad result for either side as they wanted to keep in the title race.

Black Leopards 0 Witbank Spurs 0
Siyavutha could not get their fire going despite the sweltering temperatures in Thohoyandou as they were held to a goalless draw by Lidoda Duvha who are slowly finding their rhythm.

Mthatha Bucks 1 (M. Khumalo) Highlands Park 3 (L. Mbatha; M. Mvala; P. Shalulile)
Duncan Lechesa could not make an immediate impact at Amathol’amnyama as his side crashed to yet another defeat – at least this time it was against a solid team. The Lions of the North were in mean mode as they looked to sustain their lead and Lindokuhle Mbatha, Mothobi Mvala and Peter Shalulile ensured this happed with a goal each. Mpho Khumalo tried to reply for the home side but it was too little too late.

Ubuntu CT 1 (W. Isaacs) Uthongathi 1 (D. Sibisi)
The former Mamelodi Sundowns striker Diyo Sibisi reintroduced himself to the professional ranks with a goal but it was not enough to secure his side the full points as Waseem Isaacs saved a point for his struggling side.

Jomo Cosmos 2 (M. Macuphu; L. Mntambo) Royal Eagles 1 (N. Zulu)
Ezenkosi had to win to ensure they keep the pressure on leaders Highlands Park and Mxolisi Macuphu sent them on their way when he scored the first goal. But a goalkeeping blunder gifted Nkosi Zulu a goal and he equalised for the visitors. But it was the captain Linda Mntambo who had the last say and ensured the full points remain a Vosloorus Stadium with Ezenkosi.