It seems like the Christmas break is just what Orlando Pirates players needed to start scoring goals following their impressive start into the new year with a 3-1 victory over Baroka FC at the Orlando Stadium. 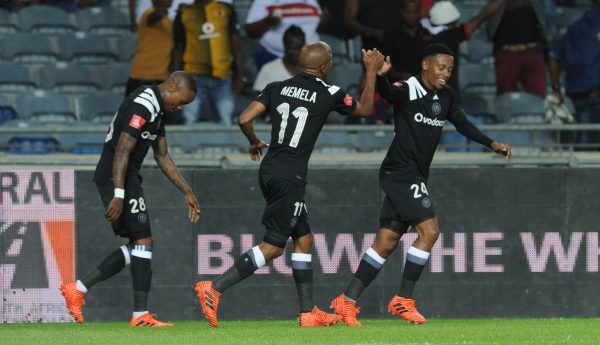 The Buccaneers ended the first round of the season with a major goals scoring problem, which saw them register only 11 goals in 15 games.

Their great showing which is now complimented by goals courtesy of Musa Nyatama and a brace by Luvuyo Memela is certainly what the Bucs fans have been longing for and will be hoping to see their team continue to score goals.

Nyatama opened the scoring as early as the sixth minute from a corner kick.

With the home side dominating the proceedings, Justin Shonga almost got the team’s second goal, but Bakgaga keeper Virgil Vries punched off danger.

Some enterprising play by Shonga saw him set-up Memela to register his first goal of the match in the 19th minute.
The winger registered his brace in the 28th minute with a well taken shot to beat Vries.

Two minutes later, Bakgaga were awarded a penalty after Lucky Nguzana was brought down inside the box. Mduduzi Mdantsane stepped up to take penalty and neatly slotted it in to give the visiting side some hope to get back into the game.

The second half started with Bucs taking charge again, and they were almost rewarded when Nyatama’s header inside box went straight into Vries’ hands in the 51st minute.

Baroka midfielder Robin Ngalande hit powerful shot from outside the box, but Jackson Mabokgwane was placed well to deal with the danger.

Pirates went on to try and get more goals, but nothing much came out of their attacks while Baroka found it difficult to break Bucs defenders who remained firm.

Pirates are now fifth on the league with 23 points, while Baroka are one place behind from Bucs 22 points.