The four new signings were unveiled at a media briefing in Naturena today (Wednesday). 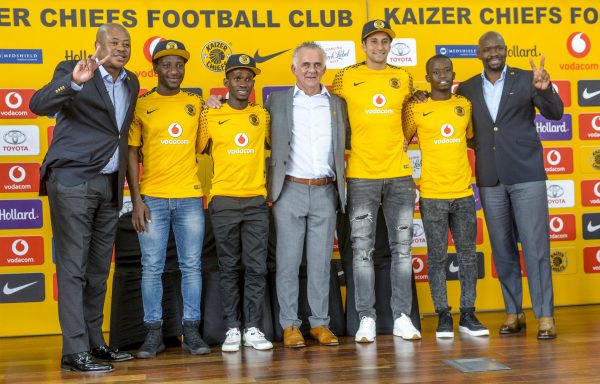 Chiefs football manager Bobby Motaung confirmed that the club will be making more additions to their squad.

“Our plans are to bolster the squad, we need to assist the technical staff. We have brought in new players and plan to make more signings.

“We have engaged some clubs in terms of loaning players or their sale. I can’t mention names at the moment,” Motaung told the media on Wednesday.

Motaung also allayed fears that Hutting was at Chiefs to take over Steve Komphela’s job.

“The relationship with Rob started last year in June. We’ve been doing our research together with the chairperson and the coach.

“Rob is here to advise the technical teams of both the first team and development,” explained Motaung.