In a rare weekend where goals were unusually scarce in the National First Division (NFD) Sello Choke’s Tshakhuma Tsha Madzivhandila continued their impressive run with a win over University of Pretoria at Giyani Stadium on Saturday afternoon. 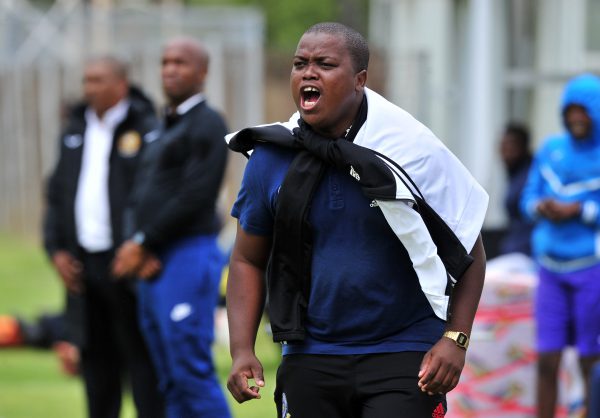 Ubuntu Cape Town went back to the bottom of the standings despite their hard fought draw against neighbours Cape Town All Stars but their coach, Casey Prince was happy with the effort.

“The effort was really good and we got a point. We will be at it again next week,” he said after the match at Parow Park.

Mthatha Bucks (M. Erasmus x2) Mbombela United
Mpho Erasmus had his scoring boots on again as he scored twice to ensure Amathol’amnyama earn the three points and move off the bottom of the log standings although they are still just one point ahead of Ubuntu. This was Duncan Lechesa’s first win since taking over at the Eastern Cape based side.
Next matches: Bucks will be away to on-form Tshakhuma on Saturday while Tingwenyama will host Super Eagles on Sunday.

Super Eagles 0 Stellenbosch 0
Stellies will be happy with a point away which puts them back in contention for a play-offs position finish while Eagles’ recent stuttering will worry them as they have failed to open a decent gap between them and relegation positions.
Next matches: Eagles will be away to Mbombela on Sunday while Stellies will visit Uthongathi on the same day.

Real Kings 1 (M. Miya) Uthongathi 1 (S. Vilane)
Mondli Miya bid side farewell with a brilliant performance which he capped with a goal in their 1-1 draw with KwaZulu-Natal neighbours Uthongathi. Miya is expected to start training with his new club Polokwane City this week. Siyabonga Vilane however spoiled what would have been a perfect send off for Miya when he equalised for the Cane Cutters.
Next matches: The Magic Boys are away to Witbank Spurs on Saturday while Uthongathi will host Stellenbosch on Sunday

Tshakhuma Tsha Madzivhandila (A. Nedzamba; H. Kutumela) 2 University of Pretoria 1 (H. Botes)
The Limpopo based side continued their good run nd are now equal on points with third placed Jomo Cosmos on 30. Aluweni Nedzamba and Hlabile Kutumela were the heroes for Sello Chokoe’s side while Henrico Botes’ effort for AmaTuks was in vain. AmaTuks have now slipped to sixth place, and 12 points behind leaders.
Next matches: TTM host Mthatha Bucks and AmaTuks welcome Jomo Cosmos.

CT All Stars 0 Ubuntu CT 0
A good result for struggling Ubuntu who need every point they can get. Despite the draw, Ubuntu were happy to continue their unbeaten run and will hope to keep it going again this weekend.
Next matches: Igugu leKapa are away to Richards Bay and Ubuntu are home to Black Leopards

Highlands Park 0 Richards Bay 0
With Real Kings also drawing, Owen Da Gama will not worry much about his sides’s slip-up as they failed to beat struggling and relegation threatened Rich Boys. The draw against the leaders will be a welcome confidence booster for Jean Luscuito’s side who have managed to put two points between them and a relegation position.
Next matches: Highlands host Royal Eagles while the Rich Boys welcome CT All Stars

Jomo Cosmos 1 (S. Maziya) Witbank Spurs 1 (G. Debouto)
Ezenkosi could not manage to break their winless streak again despite a sterling display against a determined Siyavutha side. It is Spurs however who will feel they let themselves down after taking the lead through Ghislain Debouto who ended up being the anti-hero after missing a penalty later on. Silas Maziya equalised for Ezenkosi to keep them within the hunting pack.
Next matches: Cosmos are away to AmaTuks while Spurs will meet Real Kings away.

Black Leopards 1 (M. Musonda) Royal Eagles 0
Mwape Musonda’s goal was enough to seal the win and earn Joel Masutha’s Lidoda Duvha the full points which moved them up to seventh position on the log. The defeat sees Eagles remain third from the bottom, and just two points above bottom placed Ubuntu.
Next matches: Leopards will be away to Ubuntu, and Royal Eagles are also away to Highlands Park