Swallows FC’s coach, Isaac Mphasane, may not have been coaching for a long time but his record shows that he destined to be a good mentor. 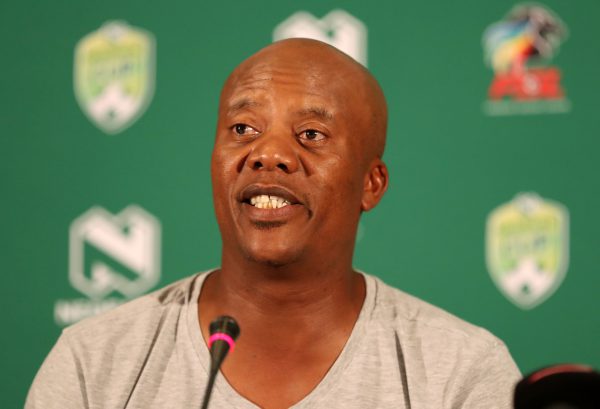 Speaking to the media on Thursday afternoon, Mphasane was asked about his coaching career and he revealed statistics that suggest he could be headed for bigger things.

“I have four years in coaching,” he said. “I started in the Super League in 2014-15, I went to the play-offs and lost there. The following season I was with Verona FC and I came second and missed out on winning the league by a point.

“I then went to OVP (Orange Vaal Professionals) and I competed for the league and came one point short again. I then came to Swallows and I am still in the race for the league title and maybe I will be somewhere next season again,” said Mphasane.

The young mentor also has the backing of Panyaza Lesufi who is credited with reviving the Dube Birds when it looked like they were history.

“We have a young coach who is showing so much potential and promise. He is one for the future and we are happy with his work,” Lesufi said.