Komphela vows he would die for Chiefs

Komphela's life at Chiefs does appear to hang in the balance and winning the Ke Yona may save him from being axed at the end of the season. 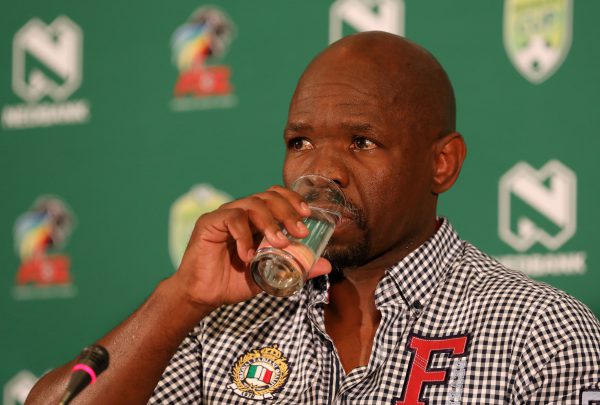 Steve Komphela would give his life if it meant Kaizer Chiefs would finally win some silverware.

“I will say something brutally honest,” said Komphela yesterday, “If it were to happen today that the Lord came and said to me make a choice: ‘you perish today and we give the trophy to Kaizer Chiefs, or stay alive and compete for the trophy’. My choice would be ‘take my life my Lord, and let the people celebrate’.

“Yes, that’s life. It’s about selflessness. If you are a man of process you must never consider yourself. You consider the process,” he added. Komphela was speaking ahead of his team’s crucial Nedbank Cup match against Golden Arrows, set for Sunday afternoon at FNB Stadium.

Komphela’s life at Chiefs does appear to hang in the balance and winning the Ke Yona may save him from being axed at the end of the season because of the dry spell the team have gone through under his guidance. Chiefs have not won a meaningful trophy since Komphela took over in 2015.

“It’s the last trophy for the season. You have to pull your weight to win it. We would love to win it but you have to work hard for it. Pressure is a reality at Chiefs. The pedigree, the history, the background and tradition is that Chiefs have to win things and it is no different this time,” he said.

In Arrows, Chiefs will face a team who have not been doing as well as would have been expected but he feels that counts for nothing going into Sunday’s clash.

“The unfortunate part on the Absa Premiership is that you win two three games and you are up there – the reverse happens if you lose. We can’t read too much into their league position.”

To his advantage, Komphela will have almost his entire squad available for the match and with Joseph “Tight” Molangoane having completed his two-match ban, the mentor will have a selection headache.

“Rama (Ramahlwe Mphahlele) is back, Tight is back, Kgotso (Moleko) is there, you have Tower (Erick Mathoho), (Siyabonga) Ngezane, Teenage (Hadebe), (Philani) Zulu and Tsepo (Masilela) is coming back,” said Komphela.