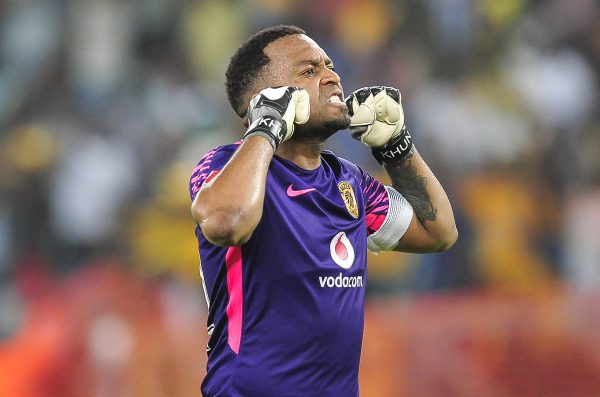 “He has worked at SuperSport United before and I have spoken to Ronwen (Williams) and Reyaad (Pieterse) and they told me a lot about him. I was not surprised when he was hired here. He has all the right qualifications. He is a great motivator and a hard worker who wants his goalkeepers to work hard. He will help the goalkeeping department to achieve the impossible,” said Khune on Thursday.

He urged the country’s upcoming goalkeeper coaches to get in touch with Dinkelacker as they could learn a lot from him.

“We miss Raine. We talk a lot about him as goalkeepers. But he had to retire due to a knee problem he had. It was a sad loss for the team and especially us as goalkeepers. I am glad that he has planted a seed and everyone still talks about him today.

“He did a great job. And I wish the young goalkeeper coaches can try and contact him because they can learn a lot from him,” said the Bafana Bafana keeper.

Khune also revealed that inasmuch as they were happy with Wednesday night’s result in the game between Mamelodi Sundowns and Free State Stars which ended in a 1-1 draw, they need not lose focus of their own campaign.

“It was a fair result, one which we hoped for. But we have to focus on ourselves. Focus on the goals we set. There is a point mark we want to finish on. And we will sit down as players after training and review how far we are. And we will keep pushing,” he said.

“The confidence is and competition within the team is very high. We haven’t lost a match and in 2018 and we want to keep it that way. To quote the chairman’s famous words, he always says Kaizer Chiefs can only beat themselves and we have made mistakes that counted against us.

“Without sounding arrogant, we let ourselves down. But we have worked hard and that has been fruitful in 2018.” Amakhosi will host Bloemfontein Celtic at FNB Stadium in their next Absa Premiership match and Khune expects another tough one.

“Every game we play is tough as teams always bring their A-game. We are prepared and we just have keep our unbeaten record,” he said.