Orlando Pirates winger Thembinkosi Lorch expects a tricky Nedbank Cup last-16 encounter at Cape Town City this evening, but says the in-form Buccaneers will be going all out to make sure they win. 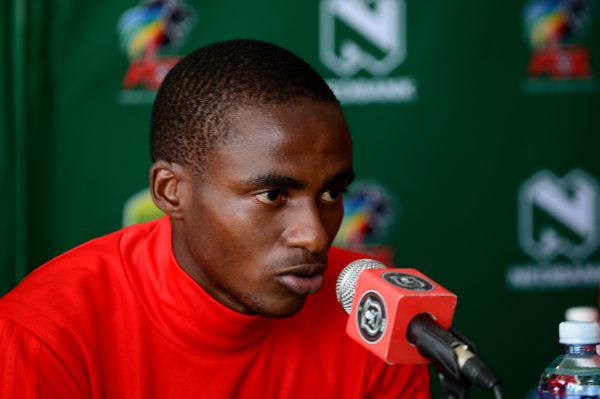 “They are a good side with a lot of quality players in their squad, we can’t hide from that because we know what we are coming up against on Wednesday,” said Lorch on the game at Cape Town Stadium that is arguably the tie of the round.

“But we have a good squad as well and everyone in the team has been working pretty hard. We have also been doing well lately, but we have to take it one game at a time.”

Pirates will go into this match having last played a competitive game with Kaizer Chiefs on March 3, which they won 3-1 at the FNB Stadium. Lorch says the victory against Amakhosi was a huge morale booster going into this tie against Benni McCarthy’s City.

“It was a very good victory for us. We fought for each other and worked well as a team to get the result we wanted. It was very important for us to win because we knew that we had a cup commotion against Cape Town City coming up,” he added.

“That victory really lifted our spirits and we know what we have to do to win this game.”

Another important factor that Lorch points out for the Buccaneers is that they have to make it up for the past two seasons, which saw them not lift any silverware.

Pirates are still well in the running for the Absa Premiership and could yet complete a league and cup double under Milutin Sredojevic this season.

“The main goal for us when we began this season was to improve from the past two seasons – we didn’t really do well and that didn’t sit well with us players. We owe our supporters so much because they have managed to stick with us during the bad times.

“This competition gives us a chance to at least try to give something back by winning the trophy. But we can’t talk about it much yet because there is still a long way to go. We will just take it one game at a time and see where we end up.”

Lorch has been in fine goalscoring form for Pirates of late, with three goals in their last six matches, including one in the Soweto derby.