Premier Soccer League (PSL) chairman Irvin Khoza has revealed that the executive committee was due to discuss the Tendai Ndoro matter, and hopes that it won't delay the start of the play-offs. 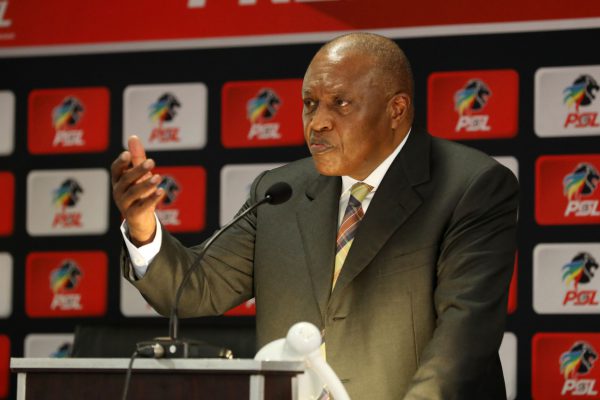 The PSL on Monday announced the dates for this season’s relegation/promotion play-offs, with the draw held at the Southern Sun Hotel in Johannesburg.

The play-offs are set to start on May 16, but with the teams yet to be confirmed and the on-going case of Ajax Cape Town striker Tendai Ndoro, there are also possibilities that they might be delayed.

Ajax are currently 15th in the Absa Premiership standings, making them candidates for the play-offs, which are contested by the team that finishes 15th in the Premiership and sides that finish second and third in the National First Division.

Orlando Pirates and Polokwane City lodged a complaint about Ndoro before he played against them in league matches this year – the Zimbabwean has featured for three clubs in the same season, which is against Fifa rules. The matter was even sent out to Fifa, but the world football governing body has since referred the case back to the PSL.

“We are hoping to give a report- back about what happened from the arbitration, what happened at Fifa and where we will go from here.

“We have to avoid any kind of delay that may stretch the matter to a point whereby it will affect the play-offs. So, that matter is one of the reasons why we will have this meeting.”