Ntsume aims to marry business with life at a football club

Former Jomo Cosmos midfielder Innocent Ntsume waited until he had learned all that he could about owning and running a company before drafting his first business plan. 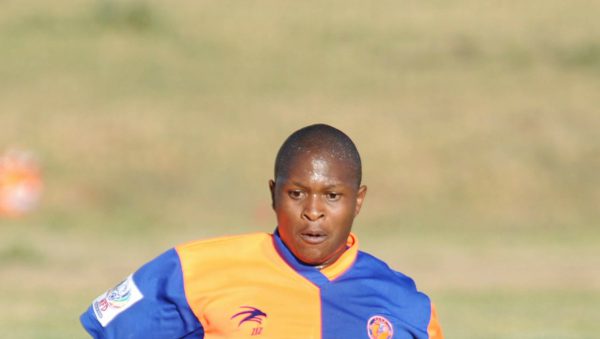 Ntsume says playing football professionally came as a surprise to him, having only played in the amateur ranks for a short while before he attracted interest from Cosmos. After retiring Ntsume had several jobs and once worked as a rental agent at Avis at Lanseria Airport.

“I have just registered a security company with my brother. At the moment we are still in the start-up phase, we don’t have clients as yet. This is the first business venture in my life, I have never tried this because I felt like I didn’t have the kind of knowledge I needed, but back then ( playing football) I was too focused on football and didn’t think of it,” Ntsume explained.

The 37-year-old is still active playing football with ex-professionals every weekend in the Masters and Legends League in Eldorado Park.

Ntsume says playing football on weekends has helped him stay in shape and socialise with other former players of his generation. The former FC AK player would like to join a professional club and become part of their technical team.

Ntsume also helps some of his former team-mates who coach in the ABC Motsepe League by training players and discussing formations.

“When football is in your blood, it is difficult to let it go. You want to play all the time, you still want to be around football. So it helps me to socialise, to keep fit and just to play again.

“I would go work for a club, right now I am in two minds, and I don’t know if I should coach. I like the idea but the stress that comes with the job is too much, these guys age quickly,” Ntsume joked.

“Can you imagine the pressure Steve Komphela has, the stress Roger de Sa has? Take nothing away from them, they are great coaches and good former players but things don’t always go your way. I would like to scout, look for players who could join youth teams at the club as well as the first team. I have a passion for football but not the stress of coaching. I would like to be at the grassroots, not at the top.”

Having made his name in the colours of Ezenkosi, Ntsume believes Cosmos and a man he affectionately calls Bra J don’t deserve to play in the second tier of South African football. Cosmos have a chance to return to the Absa Premiership next season by qualifying for and winning the relegation/promotion play-offs at the end of the season.

“I feel sad for Bra J, I know how much he sacrificed for that team, and I don’t think the current players understand the legacy of the team, stepping into the shoes of Phil Masinga and Thomas Madigage. Cosmos have a rich history, people shouldn’t be fooled by them playing in the NFD. I wish them well in the play-offs, it’s hard and sad for me to comment on Cosmos as a former player, it is sad that they are where they are now.”