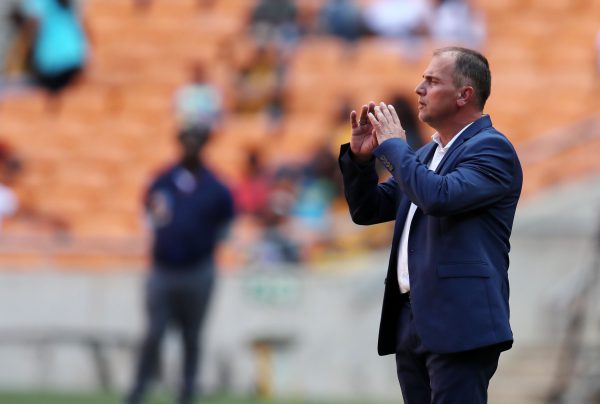 Heric was unhappy with the way his team slipped to a draw at home to Ajax Cape Town in their last Absa Premiership match, especially as it followed on from an impressive victory at Kaizer Chiefs.

“It is a very important game for us,” Heric told Phakaaathi yesterday with regard to the encounter against Phunya Sele Sele.

“We dropped two points against Ajax and we have to recover them. Before the Ajax game we just needed to win our two home games to reach our target but now we have to steal the points away at Celtic,” he added.

Heric is, however, under no illusions about the task that awaits them at Phunya Sele Sele: “It’s not going to be easy. They also want to be in the top eight and they are very good as a team.
“Celtic have no outstanding individuals in their side but they play as a unit – that is their strength,” he said.

The Chilli Boys are currently seventh in the Premiership after several positive results in recent games and Heric said although making the top eight was not part of his mandate when he was hired, he is pushing for it and his players have bought into the idea.

“The mandate was simply to save the club, to ensure the team moved away from the relegation zone.

“Mathematically we are still not safe but we are choosing to look on the positive side which is that we can make the top eight.

“I was speaking to the players and they said they are ready to fight for the top eight.”

The 51-year-old, who is in his third stint at the Chilli Boys could not be drawn into talking about his future at the club, whose owner Siviwe Mpengesi is known for firing coaches on a whim.

He said he is focusing on their last three games this season and everything else will be dealt with afterwards.