The hunger kept me going – Phungwayo

It may have been Patrick Phungwayo's third Nedbank Cup medal but the defender admitted that it meant so much more for him to have won it with Free State Stars who last won silverware some 24 years ago. 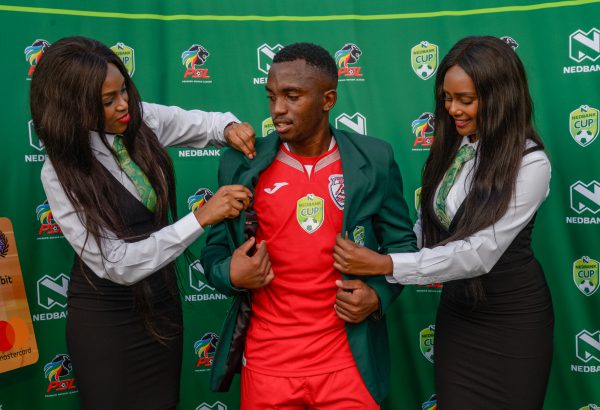 Sthembiso Dlamini was the hero as he pounced on a loose ball inside the Maritzburg box to score the winner late in the first half.

“We did it for our captain (Paulos Masehe) who has been with the team for so long without winning anything,” added the former Orlando Pirates defender.

Phungwayo played with an injury he sustained at training during the week and was seen to be uncomfortable as the game progressed but his hunger kept him going, he claimed.

“The hunger kept me going. I wanted to win this trophy today. I was kicked at the same spot where I was injured at training. I also kept going because the coach told me to go back and fight. He said the only way I can get out is if my leg is broken off my body,” he said.

As Ke Yona champions, Ea Lla Koto will represent the country at next year’s Caf Confederations Cup and Phungwayo said it is something thrilling that the club can look up to.

There is however a possibility that Stars will not have their coach Luc Eymael for next season. Eymael is said to be wanted at a few clubs in the country and even in his home country Belgium.

“I can’t comment on the coach’s future but I wish he would stay. He has done so well and we can only get better from here,” said Phungwayo.