Mamelodi Sundowns Pitso Mosimane has admitted his admiration of Siphesihle Ndlovu and Lebogang Maboe‚ but refused to say if whether or not his club is interested in the duo. 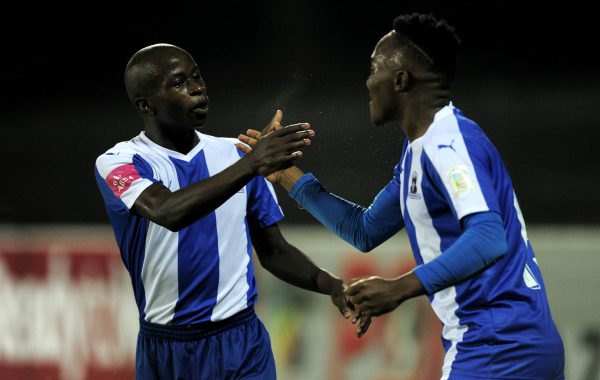 Ndlovu and Maboe had a fantastic season for Maritzburg United, and they were awarded for their efforts at the Premier Soccer League Awards last week.

“I like him. He is a good player‚” Mosimane said of Ndlovu to TimesLIVE.

“That boy looks like he’s been playing in the PSL for five years, and it’s been only one year. He’s very stubborn; he fights‚ highly technical and very smart‚ not afraid [of taking players on].

“But the young boy was fighting Paulus. They’ve got some nice players Maritzburg United,” he said.

Asked if he wants Maboe‚ Mosimane said: “No, I mean want? There is no want, I mean, he is not your player.

“When you say much‚ you might jeopardise the chances of getting him.

“His club will start saying, ‘oh, you talk about this player in the media, you think you going to get him, we’ll show you that you won’t get him’. You know the story.

“You know with Aubrey Ngoma‚ John Comittis [Cape Town City chairman] wrote me a love letter, and he published to you guys [in the media].

“After that I have never spoken. Never ever spoke about Ngoma again until I had him in the bag.”