SuperSport United have had discussions with former England and Manchester City Sven-Göran Eriksson over a position at the club. 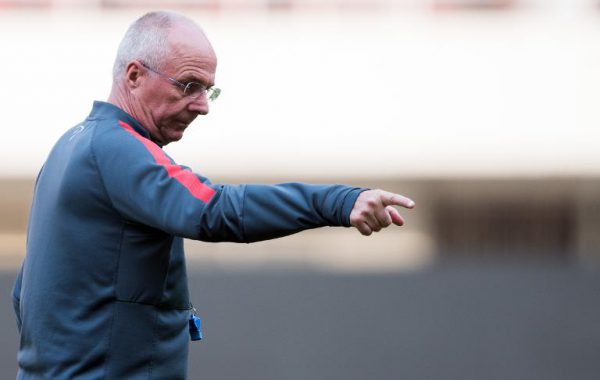 This was revealed to TimesLIVE by SuperSport CEO Stan Matthews.

Matthews says they wanted Eriksson to assume the reins as technical director and support to coach Kaitano Tembo‚ but the Swedish coach had his eye on the vacant head coaching seat instead.

“I spoke to him [Eriksson] before the World Cup with the view of him coming over to become our technical director‚ but he wanted to be a head coach‚” Matthews said.

“I wanted someone with international experience to come and impart his knowledge to Kaitano and the rest of our coaches here.

“He is highly experienced with an impressive CV, but unfortunately we could not agree with him.”

United have not had a full-time coach since they parted ways with Eric Tinkler earlier in the year.

Tembo has been in charge of the club’s preseason training, and will continue to act in a caretaker capacity until further notice.

“We have decided to back Kaitano, and we would not have given him this big responsibility of taking charge of preseason if we did not have confidence in him‚” said Matthews.

“Our planning initially was to have Eric [Tinkler] for three years and have Kaitano work and learn from him, but it was not to be.

“It is now a situation of sink or swim for him [Tembo], but he has our confidence and support.”

Matthews added the club would continue to look for the “right person”.

“To be honest‚ we don’t see anyone better than him who is available at the moment, and we will continue to look for the right person‚” he said.

“If there is an opportunity to bring someone we will do that‚ but we are not under pressure to announce a full-time coach.

“The logical thing for us at the moment is to develop and capacitate Kaitano.

“We have to be fair to him by giving him this opportunity because he is a loyal club man, and he did fairly well for us when he took over last season.”