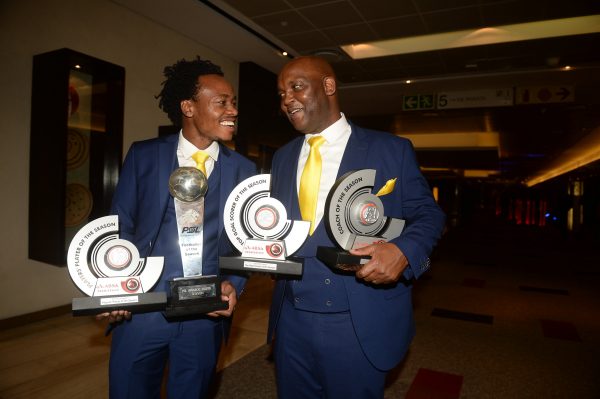 The 24-year-old forward completed his move to the English Premiership club on Friday, ending months of speculation about his future.

“He deserves to be there (at Brighton). We said it… We said it must be one of the top five leagues in Europe and we never budged with Russia and all the other things,” Mosimane told reporters during the Shell Helix Ultra Cup press conference at FNB Stadium on Friday.

“He (Tau) did not understand sometimes, but he is smiling now. He can be happy with everybody now. He has gone to the English Premier League and that’s what we wanted … to see somebody there.

“We don’t have anybody there. Hopefully he will represent us well and the other players can follow. We wish him all the best, all the success. He is not representing Sundowns, he is representing South Africa,” added Mosimane.

Brighton have already announced that Tau will spend the upcoming Premiership season on loan.

Asked to comment on this, Mosimane said: “I can’t talk about Brighton. He (Tau) has people around him for advice.”