Mabokgwane insists he will support whoever gets picked to man the posts on Saturday evening. 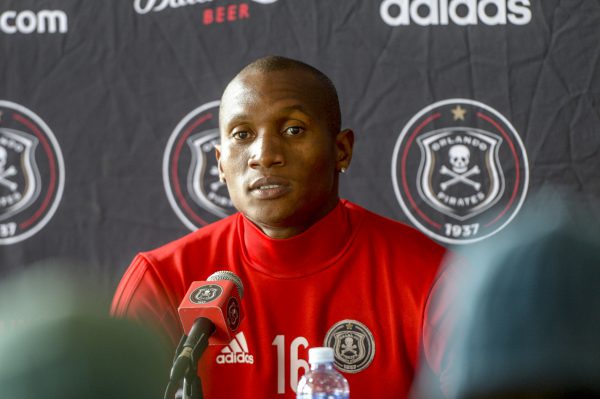 Any of the four Orlando Pirates goalkeepers could easily walk into the starting line-up at almost any team locally and there is little doubt that competition for the position at the Buccaneers will be immense, but Jackson Mabokgwane is not worried as he chooses to focus on his own game.

However, ahead of the team’s first Absa Premiership against Highlands Park at Orlando Stadium tomorrow night, the Bucs technical team have three options in Mabokgwane, Wayne Sandilands and Siyabonga Mpontshane to pick from as new signing Brilliant Khuzwayo is nursing an injury.

Mabokgwane insists they will support whoever gets picked to man the posts tomorrow evening and said they are excited to get their campaign started.

“The season is starting and we are looking forward to it. I don’t view the other goalkeepers as competition. I see them as partners,” said Mabokgwane.

“I am at a club where I am employed to do a job and to help the team. I look into my own games and I try to improve from my previous game or the previous seasons. That is definitely how I look at it. It is not so much about who else played. I just always analyse my own games and performances so that I can try and do better,” said the 30-year-old.

Meanwhile, Pirates coach Micho Sredojevic has left the matter to the club’s goalkeeping coach Andrew Sparkes to select who will be starting tomorrow but admitted they are finding it difficult to choose.

“We are having a real and big problem in deciding who will be in the starting eleven for the first competitive game,” said the Bucs coach.

“We have three serious competitors. All three of them are at the same level. We hope that department gives us the best service, but we will also do our best to help out-field players to protect them in the best possible way. There’s always a need for two-way traffic,” said Sredojevic.