Chiefs to knuckle down during Fifa break

Solinas didn't have a proper pre-season with his team as he was appointed just two weeks before the start of the season. 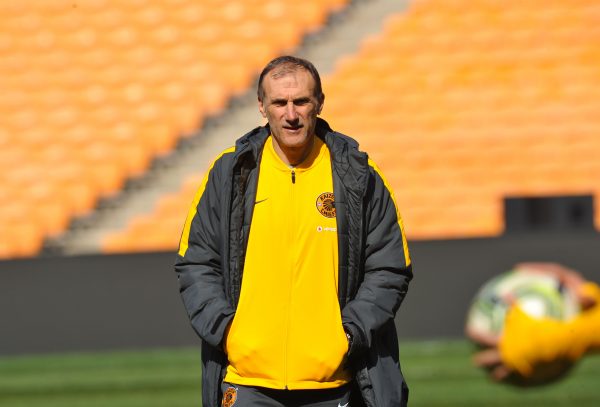 Kaizer Chiefs coach Giovanni Solinas is looking forward to the Fifa break early next month so he can have time to fine-tune his misfiring team who failed yet again to get their first Absa Premiership win against 10-man Maritzburg United on Friday night.

The Italian – who was heavily criticised last week after he strangely claimed his players were fatigued despite having played just four matches at the time – has revealed that the break will help him.

READ: Give Solinas time to understand the culture of SA players – Portia Modise

Solinas didn’t have a proper pre-season with his team as he was appointed just two weeks before the start of the season.

“We will use the Fifa break to improve. August has been congested. We will focus on fixing our mistakes and work on our finishing. We have good build-up play and get near the opposition box easily. We have to improve our finishing and I am confident that if we get a chance to work on it we can get it right,” he said.

He admitted that it was frustrating to watch his side battle in the first four league matches, drawing three and losing one. Solinas’ only win came in the MTN8 quarterfinal against Free State Stars.

“It is frustrating when you don’t win a game like this,” he said of the Maritzburg game. “But it happens in football. We created chances but failed to put the ball into the net. I can’t complain about my players because they gave their best.”

The slow start does not faze the coach who believes there is still plenty of time ahead to get into contention for the league title.

READ: Chiefs’ winless run continues as they draw with Maritzburg