Desiree Ellis has revealed why overseas bound Rhoda Mulaudzi has not been selected for Banyana Banyana in the last 10 months. 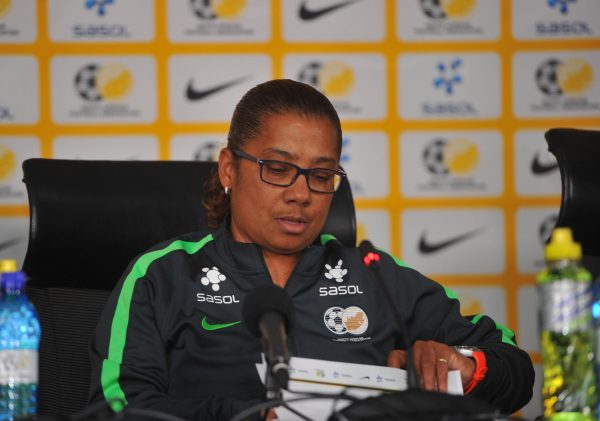 The Mamelodi Sundowns ladies striker, who was recently signed by Australian outfit Canberra United, as not been part of the senior women’s national team since October last year.

“Rhoda hasn’t performed of late, we had a look at what we have and we always say if players raise their hands we have to give them an opportunity. I’ve had a personal chat with her on more than one occasion. We will keep monitoring her because we want the best players to play for the national team,” said Ellis.

“And clearly the coaches (at Canberra) have seen something and we will monitor her. No one is out of the mix, if you are not in this squad (Cosafa Cup squad) there is still the Afcon coming up.”

Meanwhile, University of the Western Cape midfielder Khanya Xesi has been called up to the squad to replace the injured Hilda Magaia of TUT-PTA for the 2018 Cosafa Women’s Championship.

There are 12 teams in the competition and South Africa has been drawn in Group A alongside Botswana, Madagascar and Malawi.

Zambia, Cameroon, Lesotho and Mozambique are in Group B, while Group C has 2017 runners-up Zimbabwe, Swaziland, Namibia and Uganda.

The tournament will be played in Port Elizabeth from September 17-22.

The squad assembles for camp on Monday, September 3 and departs for PE on the same day to start preparations for the tournament.