Itumeleng Khune has heaped praises on his competitor for the Kaizer Chiefs' first choice goalkeeper position at Amakhosi Virgil Vries. 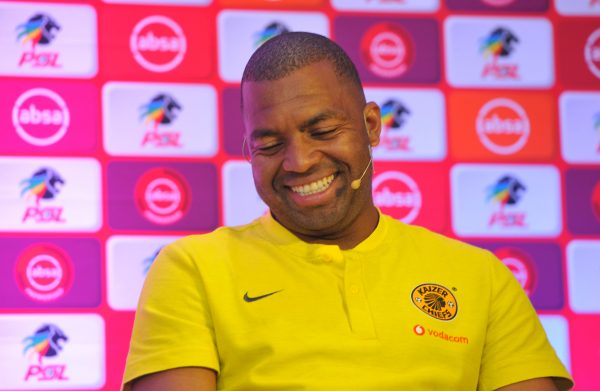 This was after the Namibian helped the club secure a spot to the next round of the Telkom Knockout against Black Leopards at FNB Stadium last weekend.

After the game ended level at 1-1 at extra-time, Vries saved two penalties to see Chiefs win the tie 4-2 and book a quarter-final place where they will take on SuperSport United.

Khune started on the bench in this match.

“It was unfamiliar territory for me (starting on the bench), I think I need to get used to it,” Khune chuckled.

“Great result over the weekend, great performance from the team, more especially Virgil, he did well. We keep each other on our toes, we work hard at training and share a lot of things,” added the Chiefs skipper.

“He is number one in Namibia, and I am number five in South Africa,” the shot-stopper added.

“All the players are ready, and whoever gets a chance a play delivers, that’s what I like about Virgil, he was ready for his chance when the coach called him for the duty on Sunday. That’s what Kaizer Chiefs is all about, having quality players who are always ready to grab their chance.”

Khune is likely to retain his number one spot when Chiefs take on Orlando Pirates in the Soweto derby at the same venue on Saturday.