The former Bidvest Wits player was on the scoresheet for the Buccaneers against Usuthu and has been a revelation in the midfield for the Soweto giants. 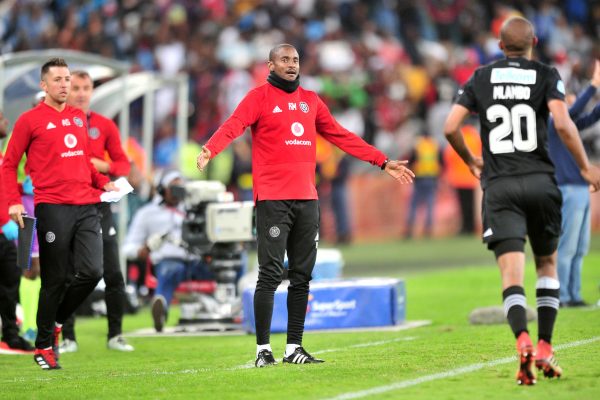 Micho Sredojevic has heaped praise on midfielder Xola Mlambo (left) after he helped Orlando Pirates reach the semifinals of the Telkom Knockout last Saturday following a 3-1 win over AmaZulu FC.

The former Bidvest Wits player was on the scoresheet for the Buccaneers against Usuthu and has been a revelation in the midfield for the Soweto giants.

His performance pleased the Bucs coach, who went on to admit that there were some games where Mlambo’s performance was down and he needed him to stay on top of his game with many important matches coming up, starting with a league game against Polokwane City at the Peter Mokaba Stadium tonight.

“I hope this is an injection of motivation for him in the days ahead of us because we have some important matches. I hope he completes his football identity and is able to do everything that is done by midfielders.”

The Bucs coach also had something to share about attacker Thembinkosi Lorch, who was named Man of the Match after scoring twice against Usuthu.

“He injured himself against AmaZulu in April, he was out for a long time after breaking his shoulder. It was hard to come back. It has been a bumpy road for him, but the performance was very important to show everyone he had not been called up to the national team by accident.”

The Buccaneers go into their game with Polokwane City in second place on 19 points, while Rise and Shine are fourth with 17 points in the bag.