Due to club commitments, she had to make the difficult choice of leaving before the final. 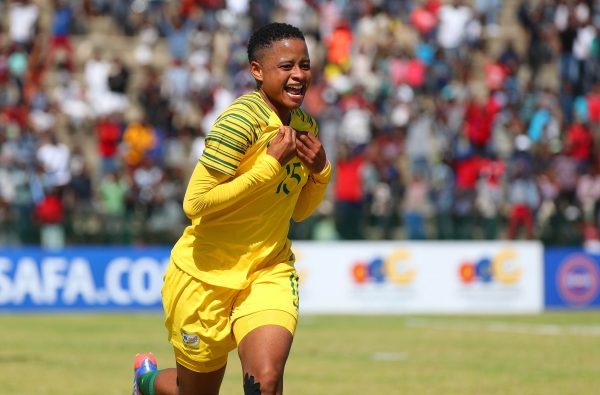 Banyana Banyana have confirmed that vice-captain Refiloe Jane will miss Saturday’s final of the 2018 Women’s Afcon against Nigeria because she had to return to her Australian club Canberra United.

A statement on the Safa website read: “Jane, who played all the matches at the tournament, left for Australia to return to her new club Canberra United after helping South Africa clinch their first-ever FIFA Women’s World Cup qualification.

“But she is sad to miss the final as she believes that Banyana Banyana are closer than ever to lifting their first trophy in this competition, but due to club commitments, she had to make the difficult choice of leaving before the final.

“The Australian league has been playing even during the tournament.”

Banyana, who have already qualified for the 2019 Women’s World Cup in France, are set to meet Nigeria in the Women’s Afcon final at the Accra Sports Stadium in Ghana on Saturday.