Club owners must step back – Malesela

Former Orlando Pirates defender Dan Malesela says a lack of understanding of the game from club owners contributes to the rapid hiring and firing of head coaches at some South African clubs. 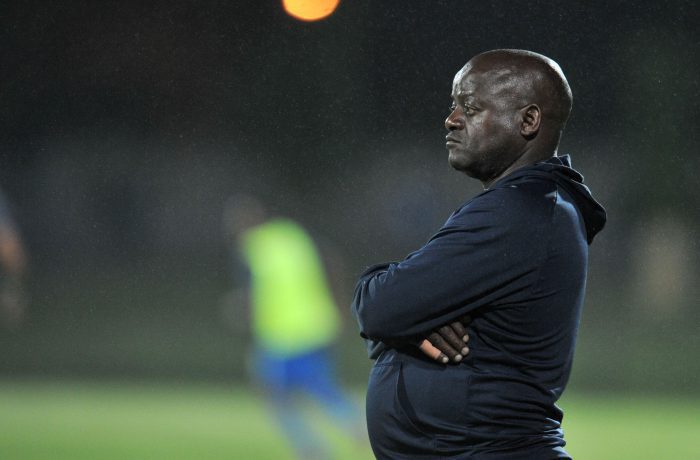 “It is a difficult thing, you need to have an understanding as an owner, you need to be able to see beyond the results, it will be visible to see if the coach is going in the right direction.

“Sometimes this game relies on luck – a coach is doing well but there are no results, as an owner you ask how do we help him. Sometimes it is unfortunate we go to clubs who will change personnel at the end of each season, a person of vision will understand you starting from scratch in this situation,” said Malesela, who was fired and reappointed by Chippa United three times.

The 53-year-old is proud of his achievement as a coach. Malesela attributes his success to having the right criteria for selecting players. Two months into his new coaching job with National First Division side TS Galaxy, Malesela welcomes the proposed sponsorship deal for the NFD, but warns against complacency from players.

“Finances will help in terms of easing the load of owners in the league and the players can also earn reasonable salaries, I am of the opinion that it may improve the quality for the NFD, but on the flip side there should be motivation for people to move away from this league, the motivation shouldn’t be only to go to the PSL (Premiership) but for their financial status to change as well. The balance between the two leagues is what will drive the players. Some will be comfortable, so I think it’s a two-way thing,” said Malesela.

Malesela says there was a time in his life when he didn’t want to be called a coach because he thought most people didn’t understand that being a coach goes beyond the title. He believes we have a lot of raw talent in South Africa both in coaching and playing personnel, saying special attention needs to be paid to the selection of players in each team, with players needing to move from one team to the other to suit the system.

“I want people to watch my team and say that is Dan’s team.Having coached from development, it helped me understand the South African player, you cannot just come from nowhere and say you know how they should be coached, what they need what they shouldn’t do.

“The players in the PSL are wiser and read the game better, some players in the NFD are a bit raw. The situation in our country now is not helping too much, no one identifies coaches in our country. Our defiant nature didn’t empower good structures like Schools of Excellences, someone decided, let’s stop. We need to build and that will help the national team structures.”