An unnamed club owner could lose his club after his wife filed for divorce. 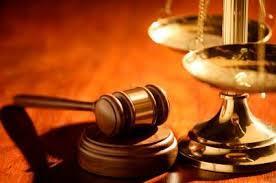 The wife of the soccer boss is said to have attached the football club and lucrative business owned by her husband as part of her divorce settlement.

According to court papers seen by Sunday World, she has also asked for R15,000 for each of their four children and R40,000 a month for spousal maintenance. The wife claims she was abused, humiliated and degraded by the club owner.

“The defendant was emotionally, psychologically, mentally and physically abusive towards the plaintiff. The husband was an absent husband and/or father, ostensibly working long hours away from [his] erstwhile matrimonial home,” she said in court papers seen by Sunday World.

The soccer boss has accused his wife of cheating on him with another man who he believes could be the father of their children. He has labelled his wife an “extravagant spender” who wasted R343,000 in three months, the woman has denied these claims stating it was not possible to cheat on one you are divorcing.