Leandra Smeda, Refiloe Jane and Rhoda Mulaudzi have opened up about how playing overseas has developed their game and making them better players. 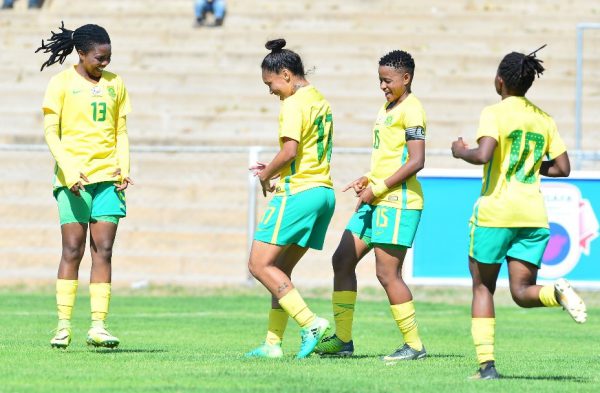 Smeda played in Lithuania before moving to a Swedish club Vittsjo GIK recently, while Jane and Mulaudzi moved to Australia to play for Canberra United.

Jane admits that playing in Australia has made her a better player and pushes her.

“Having played in Australia, I can say that I’m a totally different player. It’s interesting to see how my style of play transformed at this year’s Cyprus Women’s Cup compared to previous years,” said Jane, the Banyana vice-captain was quoted as saying by the on Safa website.

Club teammate Mulaudzi, who is from Limpopo, adds that her move abroad is an inspiration for many young girls who grew up in villages to chase their dreams.

“Today, a girl like me, who grew up in the villages, is able to inspire others and share her experience. For me, that is what being Limitless is all about, and it’s things like these that wouldn’t be possible without support from companies like Sasol,” said Muladzi.

Smeda, says the Sasol League prepared her for the big leagues and she is now competing against best players in the world.

“I’d like to give credit to Sasol as well because of the Sasol League taught me to believe in myself and be Limitless. Now I get to participate in some of the best leagues in the world, competing against world-class footballers,” she concluded.