No one can dislodge Khune at Chiefs – Akpeyi

Akpeyi said the new keepers at Amakhosi will always be subjected to disapproval from the supporters because of what Khune has achieved for the side in the past. 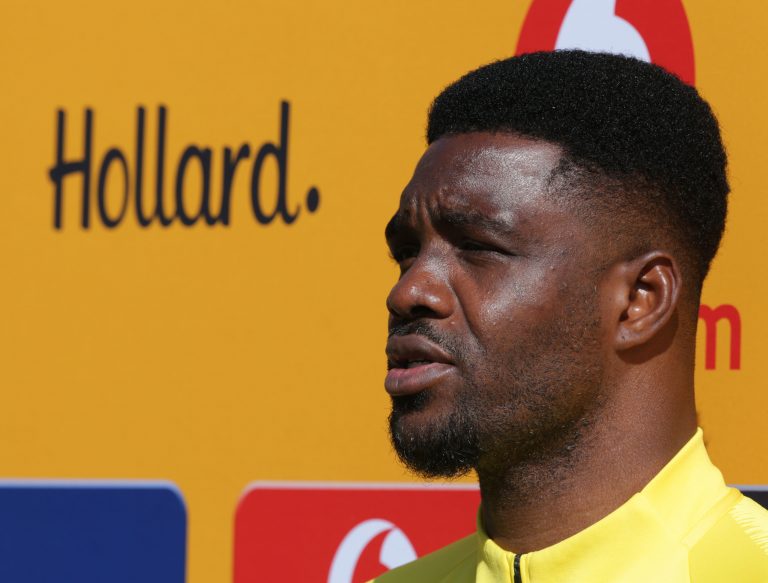 Kaizer Chiefs’ Nigerian goalkeeper, Daniel Akpeyi has admitted that he understands that no matter how hard he works he might not be able to dislodge Itumeleng Khune from his No. 1 spot.

Akpeyi said the new keepers at Amakhosi will always be subjected to disapproval from the supporters because of what Khune has achieved for the side in the past.

“It has been a bit of mixed feelings but I am still standing strong and facing every challenge and I think it is slowly coming out better for me and I am getting to the best of it.

“But sometimes you have the feeling that you won’t have game time and things won’t happen the way you want. You need to understand the way you find yourself and you need to adjust and keep working.

“I am not taking anything away from Khune. He has been a hero for the team. I am not here to compete with him. I am only hoping that I will get as much game time as I wish and not be parked forever on the bench,” said Akpeyi on Thursday morning.

Asked if he was then worried that a lack of game time at Amakhosi may cost him his place in the Nigerian national team where he has been No.1 for a long time, he said he hopes that whoever is coach at Super Eagles understands the dynamics of the game.

“Sometimes this game can be tricky but when you have someone who understands the dynamics of this game, who understands how things run… I am in a team where I will not be playing 100% of games. That should be understood because there is no way that I can push Khune aside no matter if he is on form or not, he has this background that it would be difficult for you to push him out, I am just being honest about it.

“But for whoever is the head (coach of of Nigeria) as long as he understands the dynamics and how things work, as long as I am injury free and doing my best here and the report gets to them it will be up to them to decide if they want to give me a chance and still believe I can make it work with the national team,” he said.