The two teams failed to find the back of the net in a tie played at the Orlando Stadium on Wednesday. 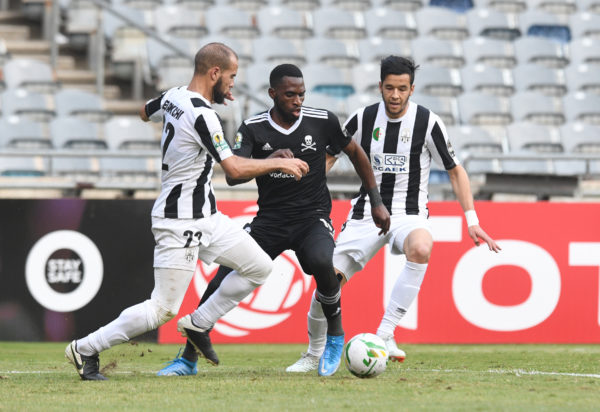 Orlando Pirates midfielder Fortune Makaringe admitted that their goalless draw with ES Setif in their match-day five of the Caf Confederation Cup was disappointing.

ALSO READ: Pirates held to a goalless draw by Setif in Confed Cup

The two teams failed to find the back of the net in a tie played at the Orlando Stadium on Wednesday.

This was the second time the teams were unable to unlock each other’s defense in the competition, having played to a similar scoreline when they met in the first leg played in Accra, Ghana.

A win for Bucs in this tie would have seen the Soweto giants secure their place in the quarterfinals of the tournament with a game to spare, but it wasn’t to be.

“Difficult game indeed, we knew that they are going to come with guns blazing because they needed a win. But we had that mentality that if we cant lose and that’s something that we need to be proud of – the fighting spirit from everyone in the team and making sure that we secure a point. We needed to win, we tried our best to win. But now we have to focus on the next game,” said the Bucs midfielder.

“We have to be disappointed because we always play to win. Had we won we would have known that we have secured s pot in the round. But we have to be proud of the team and keep on motivating one another all the way, that’s all we have to do.”

Pirates, however, still maintain their place at the top of Group A mini-log with nine points in the bag after five games. Josef Zinnbauer’s charges remain unbeaten in the tournament with three draws and two wins.

They are followed by Enyimba on the log with the Nigerian club having collected six points from four games.

Setif, meanwhile, are on five points having played the same number of games with Pirates and they are placed in third place, while Al-Ahly Benghazi are last with four points.

Enyimba and Benghazi are set to meet on Thursday before going into the last games of the group stages next week Wednesday, 28 April.