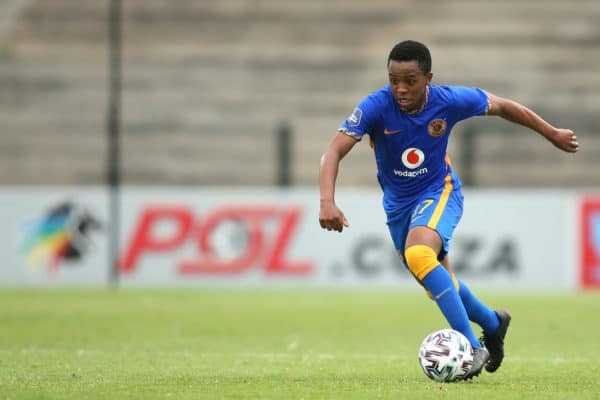 Nkosingiphile Ngcobo and Reeve Frosler are excited about another great opportunity, with the players set to represent the country at the Tokyo Olympics, after playing in the final of the Caf Champions League for Kaizer Chiefs on Saturday.

ALSO READ: Three things Chiefs might have got wrong in Champions League final

Ngcobo, who plays in the midfield, says he is going to the tournament to get better as a player.

“It’s a great opportunity to be going to the Olympics. Playing in the Champions League final was another great experience, which I am grateful and happy for. Now, I am looking for some game time in Tokyo and to improve my own game,” said Ngcobo.

Meanwhile, Frosler believes this another good step in his football career and wants to display his talent to the world.

“It’s a good feeling and another achievement in my career. I get to showcase my talents at a high stage at under-23 level, and I am very excited about that. We take the experience of the Champions League with us to the Olympics. Hopefully I can get a few games under the belt and showcase my talents to the world,” said Frosler.

Both players started the match against Wydad Casablanca, but Ngcobo was substituted in the second half, while Frosler lasted the whole game at left-back.

The duo played a huge role in Chiefs’ road to the final, featuring in a number of games in the continental tournament and the domestic league.

They will be looking to make an impact in the SA Under-23 team, which will be going up against Japan, France and Mexico in Group A at the competition, starting with a match against the hosts on Thursday.

The Olympics men’s football tournament sees 16 nations competing in four groups of four teams, with the top two teams in each group going to the last eight.