The sides played to a rather dull goalless draw in their DStv Premiership opener. 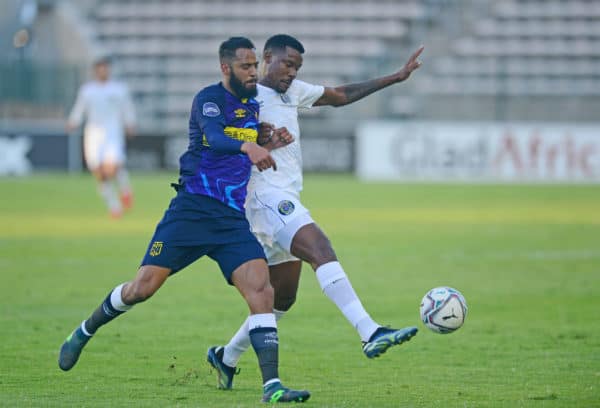 SuperSport United are perhaps the side that had broader smiles on Saturday evening when they chiseled out a point against Cape Town City at the Athlone Stadium.

The sides played to a rather dull goalless draw in their DStv Premiership opener.

There was not much to write home about in the first stanza as both sides adopted a cagey affair, with few and far in between chances by either side. Tembo went with a strong line-up, fielding all of his potent attackers with Bradley Grobler and Thamsanqa Gabuza leading the attack, while Sipho Mbule and the industrial Teboho Mokoena were tasked with instigating attacks for the visitors.

The second-half was no different from the first even though there were just a few more advances forward as opposed to the opening half.

SuperSport tried to tilt the game into their favour when they scarified a central midfielder in Jamie Webber and brought on the pacey Gamphani Lungu to run rings around City’s defence in the last 10 minutes. However, the combinations were not communicating for United, who’s Sipho Mbule had a quiet game down on the left side of the attack.

The best moment of the game came in the dying moments of it and it landed to Terrence Mashego, who was found by Mduduzi Mdantsane. The skillful attacker did well to lose his markers with a dummy move, finding tons of space to make a turn and lay the ball onto Mashego, but the 23-year-old ballooned his effort over the bar.

Moments later, he had another chance when he was located by Thato Mokeke but his finishing did not improve and he miscued his chance this time around.

City will resume league action on August 25 against Royal AM, who are understood to have purchased the top-flight status of Bloemfontein Celtic, meanwhile, Matsatsantsa a Pitori will host Golden Arrows on the same day at the Lucas Moripe Stadium.

In the other DStv Premiership match played on Saturday evening, Baroka FC handed Marumo Gallants a 2-0 drubbing in the Limpopo derby.