Chiefs grab Baxter’s first win as they edge out Baroka

Baroka fight back in the second half but it isn't enough. 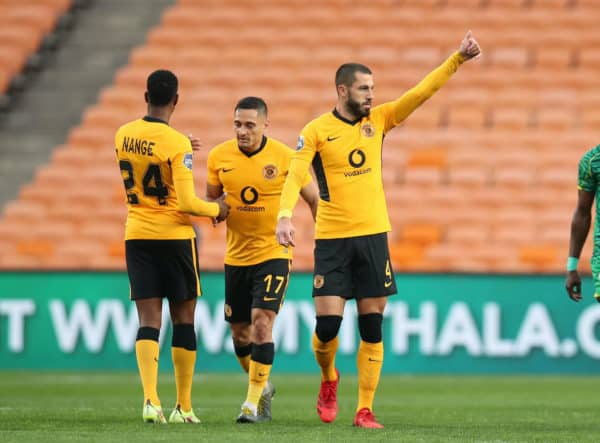 Kaizer Chiefs had the home start that coach Stuart Baxter must have wanted as they beat Baroka FC 2-1 in a DStv Premiership match at FNB Stadium yesterday evening.

Amakhosi had a brilliant first half but Baroka pushed back in the second half and the game could have ended in a draw. But Amakhosi held on and managed their first win of the season.

Chiefs were almost on the score sheet early on. An attacking move ended with Oscarine Masuluke miscuing a clearance and the ball fell into Bernard Parker’s path.

His attempt was blocked by Sipho Sibiya, but the ball again fell for Chiefs, this time in Samir Nurkovic’s path. But the Serbian striker sliced his shot disappointingly wide with the goal at his mercy.

Amends were made five minutes later. A long ball from Phathutshedzo Nange found NJabulo Blom on the right and he crossed it and set Khama Billiat on goal. Billiat had the easiest task of punching the ball into the net, and that’s how Amakhosi took the lead.

Baroka had a great chance when Bruce Bvuma gifted Richard Mbulu the ball as he tried to start play from the back, but the striker was dilly-dallying and lost possession.

But just as Baroka were looking likely to to find their way back into the game, they were dealt another blow when Daniel Cardoso met Sifiso Hlanti’s cross with a brilliant header to make it 2-0 with 27 minutes on the clock.

Billiat should have grabbed his second and Chiefs’ third in the 38th minute but sent his shot wide with Masuluke at his mercy. He was, however, unlucky in the 45th minute as his attempt hit the post with Masuluke beaten. The Zimbabwean did, however, miss the target again in first half stoppage time.

Chiefs could have easily gone into the break leading 5-0 had those chances been converted.

Chiefs started the second half on the front foot again, and went looking for more but could not find the right passes in the final third. Baroka halved the lead against the run of play in the 58th minute with Denwin Farmer firing from inside the box from a Nhlanhla Mgaga corner.

After that Baroka grew in confidence and tried their best to at least get a point out but found Chiefs’ defensive block too thick to get through. Amakhosi held on to get their first three points of the season.