Why Benni McCarthy is unimpressed with Percy Tau’s Ahly move

'This one is a move backwards for him,' said the former Bafana Bafana striker. 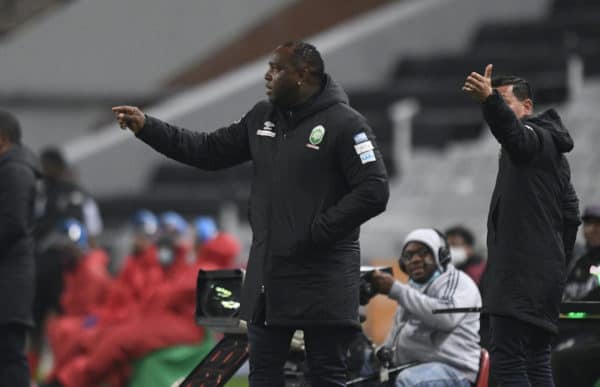 Benni McCarthy belives Percy Tau’s move from the English Premier League (EPL) to Al Ahly is a step backwards, and that it does not help the cause of future South Africans who want to play in the top leagues in Europe.

Tau was unveiled this week as an Ahly player, where he will reunite with his former head coach at Mamelodi Sundowns, leaving Brighton despite finally getting a work permit to play in the EPL in January. The 27 year-old’s game time was severely limited at Brighton, and prospects of that changing did not look good heading into the new campaign.

“I think at this point in time Percy Tau, and his peers around him probably thought it was the best option for him (to leave),” said McCarthy on Friday, in an interview with the South African Football Journalists Association.

“He is a young, very talented player, so maybe they felt him spending most of his prime years on the bench and not in the side was tougher than maybe dropping a level and going to play for a team week in, week out.

“But in my opinion, this one is a move backwards for him. I saw Tau when I started coaching and he was at Sundowns … he is a helluva player, with an incredible mentality, a tremendous work ethic

“When you have that kind of mentality no obstacle can really stand in your way, so the fact that he has taken a step back instead of fighting at Brighton against Neal Maupay, Leandro Trossard and Danny Welbeck (it is disappointing). We can see that Maupay is always in the starting line up but I would rather compete against Maupay than against a Sergio Aguero or a Robert Lewandowski or a Lionel Messi or a Lukaku.

“When these players are in front of you and you don’t play, then it is understandable if you take a step down and seek different opportunities,” continued McCarthy, who played in the Premier League himself for Blackburn Rovers and West Ham United.

“But when you have Maupay, he is not bad but Tau is as good as him. He is kind of at the same level. Maupay has good aggression to his game I think that is why the coach (Graham Potter) is fond of him and he is always playing. But Tau is a better footballer, he has fantastic skills, great dribbling, great vision, and in front of goal he is deadly.

“I think if he had persevered and stuck to his guns, the opportunity would have come, and he was playing in the best league in the world. Everywhere in the world, people watch the Premier League, whether you are a starter or not … you don’t want to miss that opportunity.

“He has made it clear to people that this is what South African players are like, they don’t have strong willpower, when the going gets tough you would rather take yourself out of the equation and come back to Africa.

“It makes things tougher for other South African players to get an opportunity.”

“(But) I wish Tau all be best, he will be reunited with his ‘father’ Pitso, if anyone can turn it around for Tau it is Pitso. He will play and hopefully we can see the Percy we all know and South Afirca benefits from him playing week in week out with AL Ahly and winning titles. But it is sad he has left the Premier League. There are almost no South African players in Europe’s major leagues, and now he is also gone.”