'You have to score and it was a problem for us today,' said the Bafana head coach. 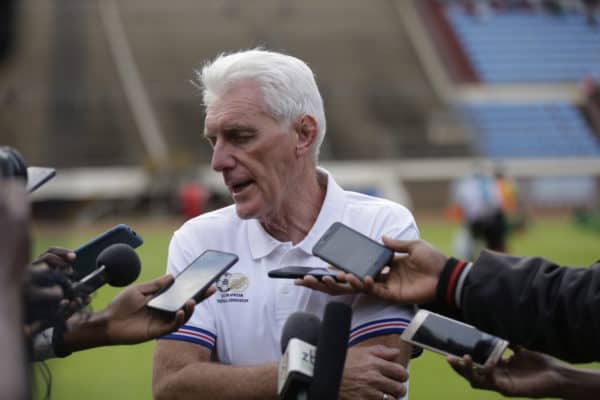 Hugo Broos was pleased with his side’s mental fortitude in grinding out a goalless draw with Zimbabwe in Harare in their opening Fifa World Cup Group G qualifier on Friday.

The Bafana head coach, however, admitted his side need to do more at the other end of the pitch, as their attack failed to gel against the Warriors.

“I am happy about the mentality, defensively it was was also alright,” said Broos after the game.

“We didn’t give too many chances to Zimbabwe. On the other side, you have to score to win games, so today was not good offensively, I think we have to work on that in the next weeks and months. You have to score and it was a problem for us today.”

In the more immediate future, Bafana will need to find a route to goal at FNB Stadium against Ghana on Monday, in their second Group G qualifier.

Broos added that he did not feel Bafana’s best attacker, Percy Tau, is in the best shape despite a full pre-season at English Premier League side Brighton and Hove Albion. Tau has been in South Africa in recent weeks, and has joined Pitso Mosimane’s Al Ahly ahead of the new Egyptian campaign.

“The Percy we saw was not in his best shape,” added Broos.

“It is normal, you can see he missed the tempo of the game, that is something for him to work on in the next weeks, but … he is a good player. That is why he stayed on the pitch for so long. I hope in the games in October and November we will have a better Percy.”