De Sa is set to become the assistant coach of the new Egypt coach Carlos Queiroz. 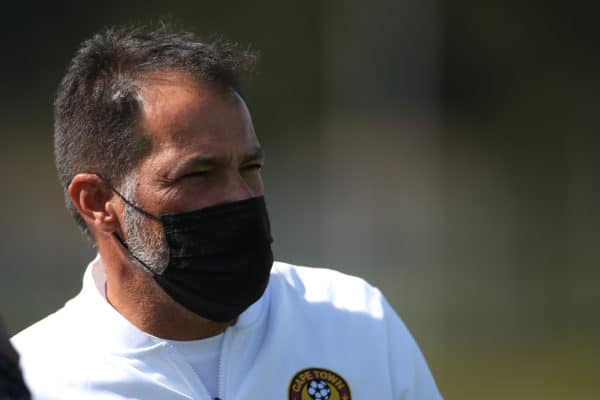 Roger De Sa has confirmed that he has stepped down from his post as Cape Town All Stars coach and that he is set to join the Egyptian national team technical team.

“Unfortunately it’s an opportunity that can’t be turned down,” said De Sa. “I have to say sad goodbyes to All Stars and committed players. I wish them the very best, hopefully I can read about the club’s success and hope to see them in them in the PSL.

“Thank you to the chairman, technical staff and support staff for the time. I hope it continues in the same mood and positiveness, all the best season.”

During his unveiling, Queiroz talked about the importance of having such a strong coaching staff.

“The coaching staff is exceptional. I spoke with them and I’m very optimistic about the next stage. Allow me to consider myself Egyptian as I will give all my experience to Egypt to reach the World Cup,” Queiroz told the press, as reported by Kingfut.

“Egypt is a big name in the world of football, qualifying to the World Cup three times, and seven Africa Cup of Nations tournaments.

“This isn’t the time to talk, but it is a time to take action action. We have ahead of us one dream that we will work on achieving. And all Egyptians must who must be united in order for us to achieve our goals,” added the former Iran manager.