No rest for the winning, says Mokwena, as Sundowns continue to thrive

'The reality is that football is such a difficult sport that if you get too far ahead of yourselves you are going to have a lot of problems,' said Mokwena. 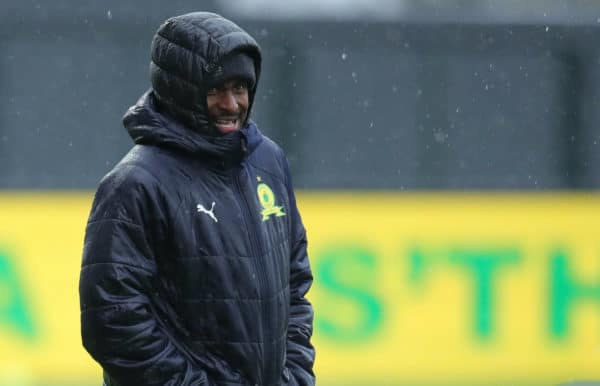 Perhaps if there were no microphones and cameras, Rulani Mokwena would have leaned towards the perception that the DStv Premiership is somewhat of a breeze for Mamelodi Sundowns, who have won the last four editions of the domestic league and look like they will clinched an unprecedented fifth title in a row.

ALSO READ: Sundowns quality too much for hapless TS Galaxy

If you go around the taxi ranks, the barbershop or wherever else you find football lovers, what you are most likely to hear is ‘give Sundowns the title already, they are unstoppable’. That might just be an opinion of many but it is surely backed up by their performance on the pitch. This season they have not lost a game and are sitting at the summit of the log after four rounds of fixtures.

In fact, they are so good that the last time they lost in the league was 13 games ago, and before that defeat, they had gone 22 games without defeat in the league. The cherry on top so far is that its defence has proven to be an immovable and unshakable force as they are yet to concede a goal.

Mokwena, in a diplomatic tone, did not want to boldly admit that Downs are a clear cut above the rest and that they will only face serious competition in the Caf Champions League.

“The Champions League is the playground and the natural habitat for Sundowns. We are a big club and the Champions League is a big stage for big clubs and that’s the level that we want to be at. The reality is that football is such a difficult sport that if you get too far ahead of yourselves you are going to have a lot of problems,” said Mokwena.

“We work match-by-match and we want to win every single match and that means every training session and every rest must be a win. By winning every single day we then put ourselves in a position to win on matchday,” the Sundowns mentor added.

Masandawana’s next assignment is a trip to arch rivals Orlando Pirates this coming weekend, but the Downs mentor does say that all of these games are played with some focus shifted to the Champions League where they will face Maniema Union of the DRC in the group stage qualifying round.

“Of course we have one eye on it, we know that we are going for the qualifying round but our focus is on Orlando Pirates now. We are a club that is built on family values, respect and humility so we understand that we cannot get ahead of ourselves,” said Mokwena.