'I didn’t think the opportunity to start games would come so soon,' admitted Mosele. 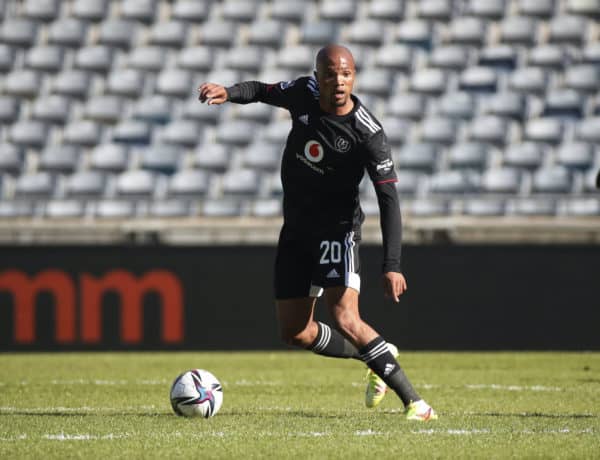 Goodman Mosele has made a fast start to his Pirates career. Picture: Gavin Barker/BackpagePix.

It hasn’t taken long for new Orlando Pirates midfielder Goodman Mosele to establish himself in the Bucs squad, and he will certainly be a player Mamelodi Sundowns should pay close attention to when the sides meet in the DStv Premiership at the Orlando Stadium on Saturday.

With four appearances for Pirates since his arrival from Baroka FC prior to the start of the season, the 21 year-old has already scored two goals for the Soweto giants and picked up a Man-of-the-Match accolade since changing from the green and yellow of Baroka to Pirates’ black and white.

The midfielder’s contributions in the Bucs team can’t go unnoticed, with his recent performance helping the club get a 3-1 win over Chippa United last weekend.

With such an impressive start into his first season with Pirates, Mosele says he didn’t expect to be a key player at Pirates so soon, but credits his hard work for continuously featuring in the Bucs games.

“I didn’t think the opportunity to start games would come so soon. I expected to spend some time adapting to the team’s style, but the chance came and I grabbed it,” Mosele told the Bucs website.

“I’m encouraged by how I’ve performed. All I can say is if you work hard, things will go well for you. Yeah, I’m quite proud of how I’ve played so far and I want to continue doing well.”

As Pirates prepare to take on the Pretoria side, who they have failed to beat in the last four games, the midfielder says it’s vital for the Buccaneers to play well and they are ready for the challenge.

“It’s important that we play well on Saturday. Whichever team gels well will have the upper hand. It’s a big game, and we’re up for it,” he concluded.