Mnisi says money flashed by Royal AM owners was for charity

'Did anyone see any player taking the money?' claims the Chief Executive 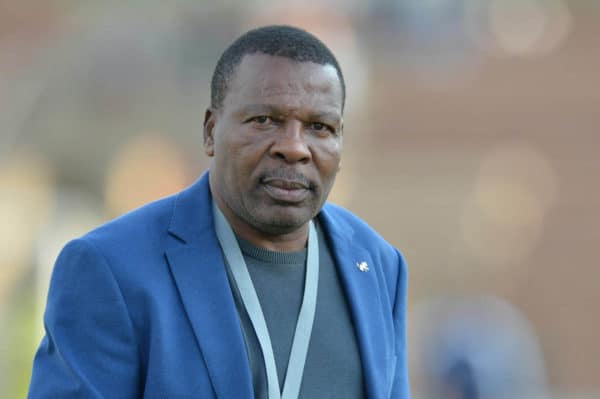 Who's fooling who? Sinky Mnisi of Royal AM vehemently denies the money his club bosses flashed out following their win over Maritzburg United were for bonuses. Picture: Lefty Shivambu/Gallo Images.

Royal AM chief executive Sinky Mnisi’s denial antics have earned him a new title as he is now considered the best spin doctor the country has ever seen.

Some said his actions resemble that of a monkey that hides from you by getting behind a leaf and thinks that just because it cannot see you, you also cannot see it.

This was after Mnisi went on national SABC radio station Ukhozi FM on Tuesday to deny that the money flashed by club chairman Andile Mpisane and his mother Shauwn “MaMkhize” Mkhize was for bonuses.

A video of the duo calling players to ‘come collect their sweets’ trended at the weekend after Royal AM’s game against Maritzburg United. Phakaaathi understands that the players were not keen on being seen on camera collecting the loot and quickly escaped to the changeroom.

The action drew social media debates and some even called on SARS to look into the matter because if the players are given bonuses in cash it means they are not going to pay any tax.

But Mnisi says the money was not for the bonuses but rather for a donation to a struggling academy which he could not name.

“Sometimes people misinterpret things to suit their narrative,” said Mnisi. “What happened is that the players had put together some money that was to be donated to two struggling academies and the chairman said if they won the game he would then double whatever they put together.

“I think it was then in the heat of the moment, and in a moment of joy after that glorious win that he showed the money. He was telling them that here is what I promised to do.”

In the video, Mpisane can be heard calling out Harris Tchilimbou but he didn’t come to collect his loot, and Mnisi denied this as well.

“Do you know what he was being called for? Was it to speak on behalf of the players and accept the chairman’s donation or was it to join in the celebrations? Did anyone see any player taking the money?”