Gallant Gallants trip at the end to draw with Royal AM

The game explodes into life with four second half goals. 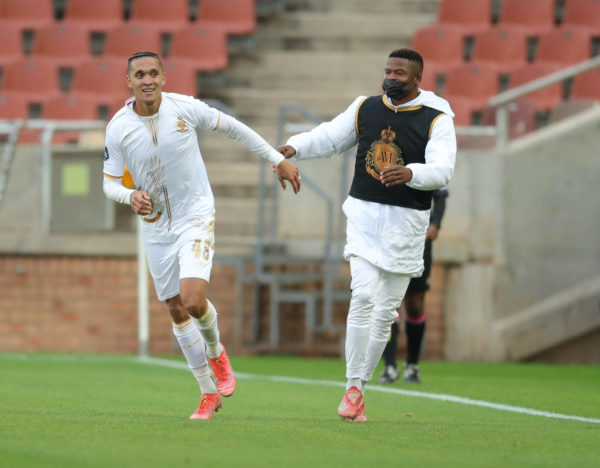 Marumo Gallants must have thought they had earned their first full points of the DStv Premiership season, but it was not to be with Royal AM equalising right at the death to earn a point in a 2-2 draw.

The DStv Premiership tie at Peter Mokaba Stadium was end-to-end stuff, and things looked to be finally falling into place for Gallants.

The home side started well and had a penalty appeal waved away in the seventh minute when Royal AM captain Samuel Manganyi looked to have handled the ball inside his own box.

Katlego Otladisa had tested Peter Nyame with a scorching shot a few minutes earlier as the home side wanted to have a good start, but the keeper was equal to the task, tipping the effort over.

Victor Letsoalo should have opened the scoring in the 28th minute benefiting from a quick counter-attack by Royal AM that saw Zukile Mkhize feed him the ball nicely inside the opponent’s box. He could not, however, control the ball and hit it over the bar.

This was the first clear chance of the match and it came against the run of play, as Gallants were starting to dictate the terms of the game with Ndabayithethwa Ndlondlo driving the midfield.

On the stroke of halftime, Mkhize was unlucky to see his shot hit the post with Washington Arubi beaten.

Gallants had a dream start to the second half with Ndlondlo hitting the target from close range after an impressive attacking move inside the Royal AM box.

Letsie Koapeng extended Gallants lead in the 74th minute with a stunningly taken shot from just outside the box.

But a minute later, MaMkhize Boys were awarded a penalty after Lebogang Mabojta handled the ball inside the box. Letsoalo converted from the spot.

Just seconds from the end, second-half substitute Sedwyn “Zlatan” George equalised for the visitors, firing in from close range.

Gallants remain rooted to the bottom of the standings with just three points after six games.