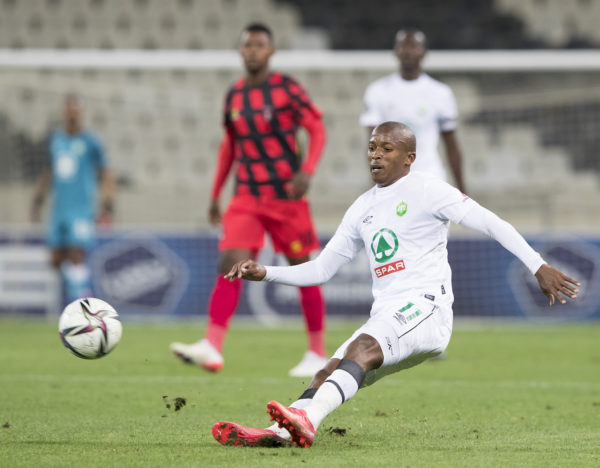 TS Galaxy will have to take heart in the improved performance they gave in their first game under new coach Sead Ramovic, as they lost their fifth game this season to remain rooted at the bottom of the DStv Premiership.

ALSO READ: Gallant Gallants trip at the end to draw with Royal AM

The only Mpumalanga-based Premiership side lost 1-0 to AmaZulu in a hard-fought battle at Mbombela Stadium on Tuesday evening.

Usuthu came close to finding the first goal when they went on the attack in the 12th minute. Augustine Mulenga’s effort from close range, however, came off the post and Siyethemba Sithebe misdirected his follow up.

Siphelele Mthembu had the first half’s best chance when a cross from Sithebe found him unmarked inside the Galaxy box. All he needed to do was to tap it in but he could not make a proper connection and the ball was cleared by a defender leaving coach Benni McCarthy to bury his head in his hands in frustration.

Galaxy also gave a good account of themselves and looked better structured than they had been before. New coach Sead Ramovic’s influence could be easily seen in the way the side was set up and the more skillful players were awarded some freedom to express themselves going forward.

At half time, McCarthy was unforgiving and pulled Mthembu off and brought Bongi Ntuli in his place. The lanky striker had an almost immediate impact unsettling the Galax defence with his runs wide.

This is how he opened the space for Luvuyo Memela who eventually scored 11 into the half with a fine shot from inside the penalty area after being set up by Tercious Malepe.

Galaxy tried to get back into the game but with just over 20 minutes to the end, they were dealt another blow when Pogiso Sanoka was sent off after receiving his second yellow card.