'He just started full training about five days ago so he is still very unfit,' says the Matsatsantsa head coach. 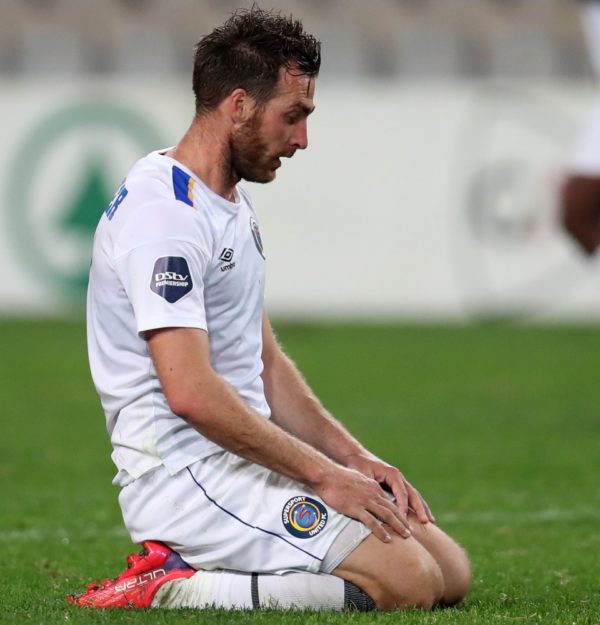 SuperSport United’s defeat to Kaizer Chiefs was enough evidence that Kaitano Tembo’s side have been missing the lethal Bradley Grobler, who has been out for five games due to injury. Matsatsantsa A Pitori conceded defeat for the first time this season when Amakhosi beat them 2-1 in Atteridgeville and Tembo was the first to admit that his team did not play well and thoroughly miss the presence of Grobler.

“He just started full training about five days ago so he is still very unfit and he might probably have an opportunity to play about 30 minutes because we need to try and bring him back gradually since he has been out for quite some time.

We are happy that he is now back because we lacked a little bit of cutting edge up front in terms of scoring goals and getting into areas. We have been lacking a bit and he will be a welcomed addition into the attacking structure,” said Tembo.

While that defeat was a sucker punch to United, it did not leave a big dent on their title aspirations as they are still sitting second on the DStv Premiership log and the SuperSport mentor insists that The Spartans are on course with their targets.

“We always target two points per game, meaning that in each and every five games we want to have 10 points. We have played eight games so far and we have 15 points, there are still two games to go and we will need to get maximum points in our next games to reach our target.

We are still within that reach but at the same time it is disappointing that we dropped points at home in a game which I feel if we played with a little bit of hunger and desire, we could have got something out of it,” said Tembo, who went on to shower his captain, Ronwen Williams, who made his 350th appearance for the club, extending his mark as the player with the most caps for Matsatsantsa.

“Ronwen deserves it because he has done really well for the club and for himself. He came through the development ranks and he has been leading by example. He is someone who works hard and he looks after himself well. Not many players play so many games for one club and it is good to have someone like him.”