Sundowns’ refined eagle-eyes on City ahead of blockbuster final

Despite all their domestic dominance over the years, the Brazilians last won the Top 8 competition fourteen years ago. 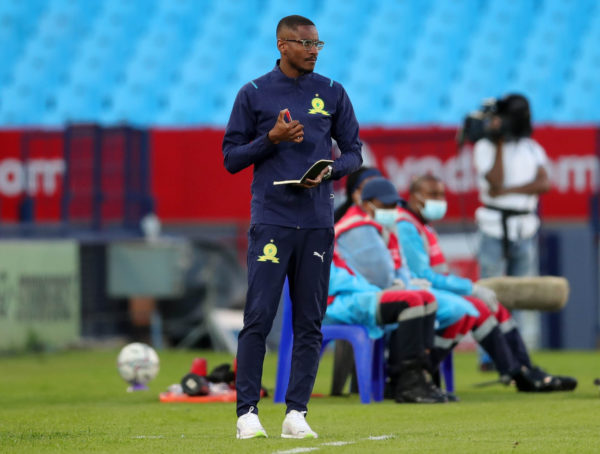 When it comes to preparing, leaving no stone unturned and studying your opponent to the finite detail, there are probably a few who do it better than Mamelodi Sundowns coaches, particularly Rhulani Mokwena, who is always happy to study the opposition to the point that he’d predict the line-up and even the substitutes.

This time around, Cape Town City are under Mokwena and his co-head coach, Manqoba Mngqithi’s microscope as they prepare for the MTN8 final this Saturday evening at the Moses Mabhida Stadium.

Mokwena had a chat with members of the media where he detailed the Mother City’s side’s possible approach to the game and pointed out a number of potent players in Eric Tinkler’s arsenal.

One player who Mokwena feels might be a thorn in the flash for his Masandawana side is Thato Mokeke. Mokwena describes the former SuperSport United midfielder as a player who operates in disguise where his positioning on the pitch is concerned.

“If a team has a player like Mokeke playing deeper in positions where he initiates build-up and wants a little bit of comfort to be able to find spaces up front, it shows their intent. He has a good range of pass with his left foot and he is strong defensively because he has the profile of having played as a centre and as a left-back. You should never think of Mokeke as a defensive midfielder because he is extremely offensive. Everything starts through him,” Mokwena added.

For now, it seems as though Mokwena’s focus is in the midfield and attacking department where he illuminates players like Bradley Ralani and Thabo Nodada, who Downs are believed to have shown a keen interest in over the last two transfer windows.

“Nodada and Mduduzi Mdantsane have a high rate of goal creation along with Bradely Ralani. For me, Ralani is probably one of the best players in the league because the stats show that he has the highest number of box entries, dribbles and he shoots a lot,” said Mokwena.