Defeated in their last two encounters, Matsatsantsa returned to winning ways at the Lucas Moripe Stadium. 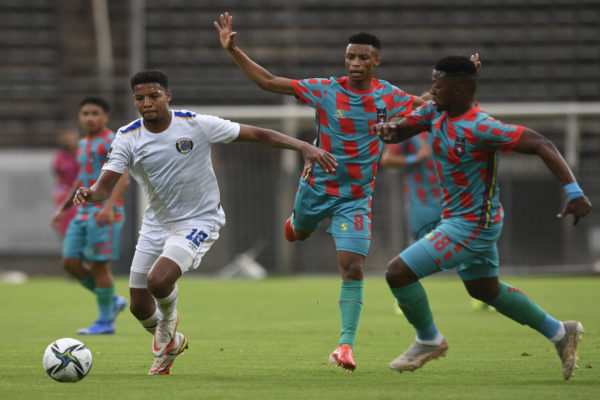 SuperSport United returned to the top three of the DStv Premiership on Friday night when they fought back from a goal down to beat TS Galaxy 2-1 at the Lucas Moripe Stadium. Kaitano Tembo can walk around with his head held up high for making match-winning substitutions.

Right after Galaxy got the opener, the United mentor brought on the trio of Sipho Mbule, Kudakwashe Mahachi and Iqraam Reyners, sacrificing Jamie Webber, Onismor Bhasera and Guily Manziba.

Mahachi made an immediate impression on the game as he swung in a cross from the left that ended up earning SuperSport a penalty in the 70th minute. Igor Makitan brought down Gabuza in the box and the on-form striker took responsibility from 12 yards.

Gabuza kept calm and netted his fifth goal of the campaign and twice in as many games, firing the ball in the centre, sending the Galaxy goalie the wrong direction. Moments later, Mbule also proved to be a super-sub as he put United in the lead with a solo effort – a strike that won the match and handed SuperSport their fifth win in the league.

The skillful attacker fought off a challenge from Mngomezulu and used some trickery to turn him inside out and created some space to take a snap shot at Vasilije Kolak’s goal, who was found unaware.

The Rockets’ goal came from the visitors in the 63rd minute when Marks Munyai played a brilliant ball from close to the half-way line, beating the offside trap as the ball landed to Mngomezulu, who surged into Ronwen Williams to face him one-on-one and he made no mistake and fired past the Bafana Bafana international.