'The allegations are frivolous, baseless and lacks merits and should be treated with all the contempt that it deserves,' said the GFA. 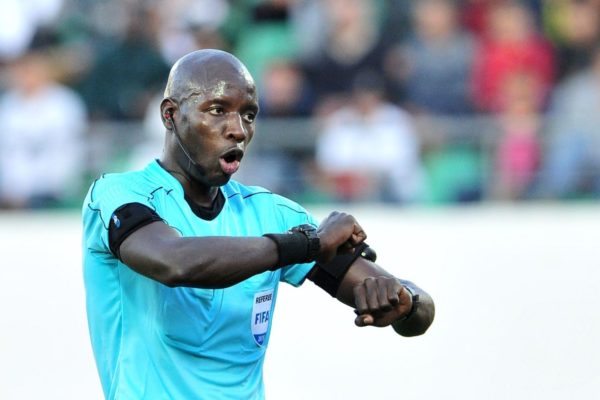 Senegalese referee Maguette Ndiaye is the man at the centre of Safa's complaint to Fifa.

Safa have lodged the complaint with the world footballing body, which is set to be heard on November 23, in the belief that they have strong evidence of a pattern of bias from the match officials in the Group G match, which Ghana won 1-0, to progress to the final qualifying round at Bafana’s expense.

While Safa held a press conference in Johannesburg on Wednesday, outlining the reasons for their complaint, the GFA remained quiet until Thursday, when they hit out at Safa, though they barely referred to the actual targets of the complaint – the Senegalese match officials.

The GFA statement spent far more time complaining about misinformation from Safa over the time it takes to get from Accra, the Ghanaian capital, to the Cape Coast, and about other issues outside of Safa’s official complaint.

In fact, the refereeing is mentioned in only one line of a long statement.

“The Black Stars played well and won on merit without any form of support from the officiating officials,” said the GFA.

Aways from this, it seems the GFA are upset with Safa for their general conduct around the qualifier in Cape Coast.

“Even though we believe that it is within the South African Football Association’s right to call for investigation, if they feel that certain factors contributed to their loss, we wish to state that the way and manner lies, and allegations have been thrown into the public space has been very irresponsible leading to injury and violence,” said the GFA.

“We wish to state categorically that the allegations are frivolous, baseless and lacks merits and should be treated with all the contempt that it deserves. These allegations from South Africa Football Association are nothing but a planned scheme and a calculated attempt to shift focus from the defeat, divert attention from their failure to qualify for the play-offs and unjustly dent the hard-earned victory of the Black Stars.”

Ultimately, Fifa will decided if there is any evidence of wrongdoing in Sunday’s game, and have announced a hearing for November 23, giving Ghana until November 20 to respond.

“We wish to state that we have received correspondence from FIFA and would respond appropriately within the ambit of the FIFA Regulations,” concluded the statement.