"They (Fifa) would have just sent it (the complaint) back otherwise," said Safa CEO Tebogo Motlanthe. 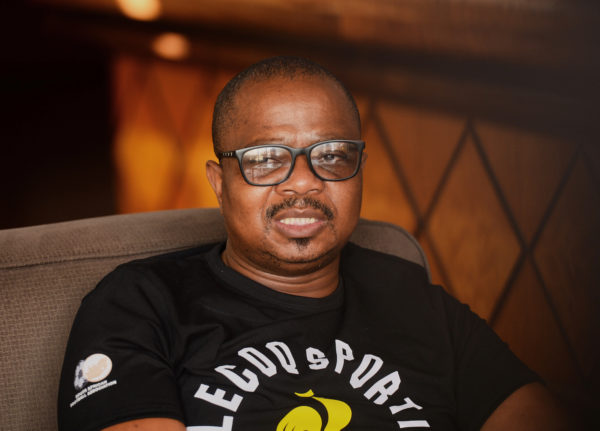 Bafana Bafana could get an answer on Tuesday as to whether they still have any hope of qualifying for the 2022 Fifa World Cup, with Fifa’s Disciplinary Committee set to look at their complaint regarding the match officials in the November 14 Group G Fifa World Cup qualifier against Ghana at the Cape Coast Stadium.

The Black Stars won the match 1-0, to pip Bafana at the top of Group G, and make it into the final round of qualifying for Qatar 2022. The South African Football Association, however, have sent a complaint to Fifa, over the conduct of the Senegalese match officials in that game, accompanied by a report from referee Ace Ncobo, which they claim shows a clear pattern of bias.

Safa have also asked for any suspicious betting activity around the match to be looked at by Fifa, and ultimately want a replay of the encounter. Fifa acknowledged receipt of Safa’s complaint and said it would be looked at today.

The Ghanaian Football Association have responded by sending an eight-page letter to Fifa, in which they have called Safa’s complaint a “hoax” and asked for it to be thrown out, on the grounds that Safa did not comply with Fifa’s own World Cup qualifying rules (Article 14) in terms of lodging a protest.

The GFA say that, among other matters, Safa did not put the complaint in writing to the match commissioner after the game, and did not send their complaint to Fifa within the requisite 24 hours of the end of the match. They also have called for Safa to be hit with a heavy punitive fine.

Safa, however, argue that they have complained under article 18 of Fifa’s Disciplinary Code, which speaks directly to the ‘manipulation of football matches and competitions’.

“They are trying to shift the focus,” said Safa CEO Tebogo Motlanthe yesterday, on the GFA complaint.

“What we are complaining about is the conduct of the match officials as governed by article 18 of Fifa’s Disciplinary Code. You can’t make a protest about referee’s decisions. We believe his (the referee’s) conduct was manipulated.”
Mothlanthe also pointed to Fifa’s acknowledgement as evidence of the validity of Safa’s protest.

“They (Fifa) would have just sent it back otherwise,” said the Safa CEO.

Fifa’s letter of acknowledgement did not include Ace Ncobo’s report, which claims that 30 of the 33 incorrect decisions made in the match went in favour of Ghana.

Motlanthe, however, said it has definitely been sent to Fifa as a supporting document in their case.

“We will hear from them (Fifa), tomorrow (November 23),” added Motlanthe.

“We are still confident.”