Unbeaten so far, Stellies are in second place on the log with 21 points after 11 games. 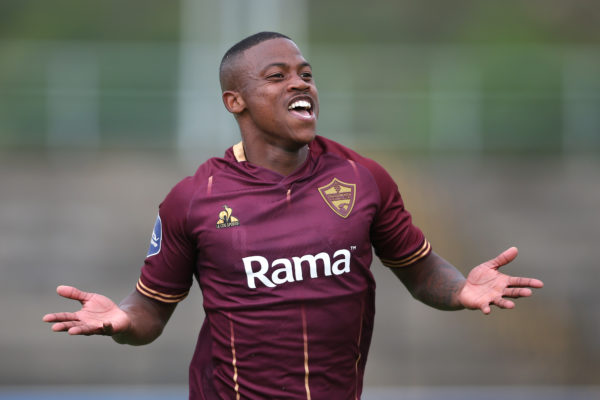 Stellenbosch FC’s impressive start this season is all thanks to the growth of players like Ashley du Preez, who will certainly be a menace to the Orlando Pirates defence when the teams lock horns at the Danie Craven Stadium on Wednesday.

READ ALSO: Hunt gets credit for Chippa victory against Baroka

The 24-year old Du Preez has been in sterling form for the club from Cape Town, scoring five goals and making two assists in his last 11 games for the club. His form has contributed to the team’s rise on the log standings.

Stellies are in second place on the DStv Premiership standings with 21 points after 11 games and they are yet to lose a match. And they trail log leaders Mamelodi Sundowns with just five points, with the Pretoria side on 26, but they have only played 10 matches.

“I think last season was a huge learning process for us as a team. With the unbeaten run, we are doing a lot of things right where we concede less goals and score more goals and winning matches is one of the key aspects this season. Like I said in the beginning, last season was a process where we learn and now we are well balanced in front and at the back,” said the winger.

“But we are not surprised, we are glad that things we work on at training are falling into place during the matches. We are more positive, our hard work, resilience, team spirit and the will to win is working for us as a team, and we lacked these things last season.”

The speedy winger knows that the Buccaneers will come in hard looking for a victory, but says they have to want it more.

“I think it’s going to be another important game because they will come in strongly to win the game. But, for us as a team our resilience, our will to win and hunger has to be more on Wednesday. I will be so happy if we get three points against Pirates. Our target this season is to get to 30 points as soon as possible and after that we will reassess.”