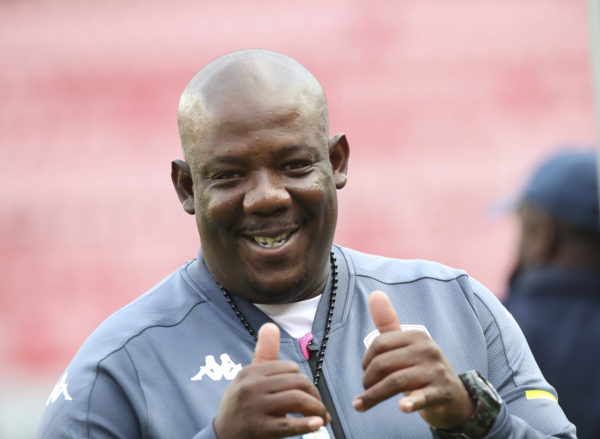 Having faced top flight teams during his days at lower division clubs, MacDonald Makhubedu knows how difficult it is to plan against these sides.

The Sekhukhune coach knows the nitty gritty of the level of preparation and motivation of a little known side when they go up against a side from the premium division.

In 2017, Makhubedu made headlines when he was the coach of Acornbush United, who lost 2-1 to a then Steve Komphela-led Kaizer Chiefs. After the game, Makhubedu dissed Amakhosi, saying “Chiefs did not come to the party”.

Makhubedu is well aware of how tricky the contest against Rovers can turn out to be.

“When I talk about a team from the lower leagues, I am talking from experience. I was on the other side before in the GladAfrica Championship and the ABC Motsepe League, playing against top-flight teams and I know that they will be more motivated,” said Makhubedu.

“They want to do well and the players want to showcase their talents they will be underdogs but they will come to us more motivated but we will have to more professional and try to win the game against all costs, but it is not easy to play against teams from the lower leagues,” Makhubedu added.

City Rovers, who are synonymous with former Orlando Pirates winger Tlou Segolela – whose role is undefined at the club – are coached by Tesco Macheke, whom Makhubedu holds in high regard.

“For any DStv Premiership team to play against a lower league side, it will always be hard because they are a closed book to us and they know us better. It is not going to be an easy game for us but we will prepare the same way we prepare for a league game and we will give them the respect that they deserve. The coach that coaches that team is a seasonal campaigner but we want to do well in this cup,” said the Sekhukhune mentor.